Eric Dever: To Look at Things in Bloom 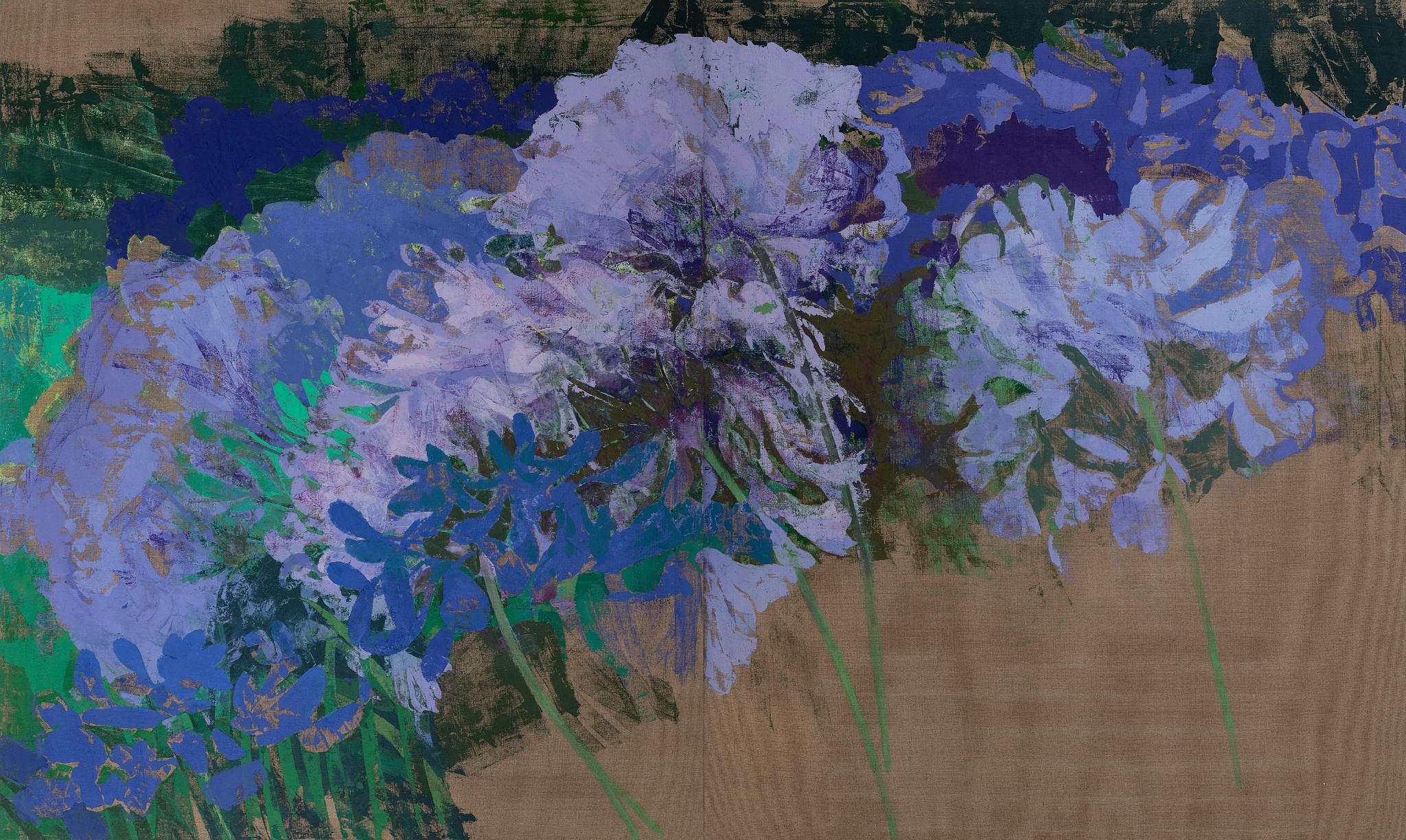 NEW YORK, NEW YORK, August 16, 2022 – Berry Campbell is pleased to present its third exhibition of paintings by Eric Dever (b. 1962). Eric Dever: To Look at Things in Bloom will feature 19 recent paintings created in the artist’s Water Mill, New York, studio. The name Dever chose for this body of work, To Look at Things in Bloom, is adapted from a line of verse in the Loveliest of Trees by the English classical scholar and poet, A. E. Housman (1859-1936). These paintings continue the artist’s exploration of nature, inspired by his surroundings from his childhood in Los Angeles to his present-day home in Eastern Long Island.

In the exhibition catalogue essay, Gail Levin writes: “Not surprisingly, Dever’s new pictures do not seek to replicate nature, but instead vibrate between representation and abstraction, a kind of rhythmic dance expressing both what he later recalls in his mind’s eye and, simultaneously, how exhilarated he feels while he loses himself in nature. He relies upon self-discipline or self-study, some of which he has absorbed from Patanjali’s Yoga Sutras.  Yet Dever’s very personal observations of nature reflect in part his own journey from Los Angeles, where he was born in 1962, and grew up, to New York City, where he received his Master of Arts degree in painting at New York University in 1988.”

Eric Dever was the recipient of a 2020 Warhol Foundation/Nature Conservancy-Montauk Project Artist residency and was the 2021/2022 Artist in Residence at the Parrish Art Museum, Water Mill, New York.  In 2022, his painting, October 10th, was chosen for the Art in Embassies Program for the United States Embassy Residence in Helsinki, Finland. In January 2022, Dever gave a lecture, Nature into Art, at the Pollock-Krasner House and Study Center, East Hampton, New York.  Recently the Heckscher Museum of Art, Huntington, New York, acquired a painting for its permanent collection.

Eric Dever: To Look at Things in Bloom will open with a reception on Thursday, September 15, 2022, 6 – 8 p.m. at Berry Campbell’s 530 W 24th Street location and continues through October 15, 2022.  This exhibition is accompanied by a 16-page catalogue with an essay by Gail Levin, Ph.D., distinguished professor at Baruch College and the Graduate Center of the City University of New York.  She is the author of Lee Krasner: A Biography and other books.

ABOUT THE GALLERY
Christine Berry and Martha Campbell opened Berry Campbell Gallery in the heart of Chelsea on the ground floor in 2013. The gallery has a fine-tuned program representing artists of post-war American painting that have been overlooked or neglected, particularly women of Abstract Expressionism. Since its inception, the gallery has developed a strong emphasis in research to bring to light artists overlooked due to race, gender, or geography. This unique perspective has been increasingly recognized by curators, collectors, and the press.

Berry Campbell is located in the heart of the Chelsea Art District at 530 West 24th Street, New York, NY 10011 and will be moving to a new location at 524 West 26th Street in September 2022. We will inaugurate our new space with a retrospective exhibition of paintings by Elizabeth Osborne, opening with a reception on Thursday, September 8, 2022, 6 - 8 pm.