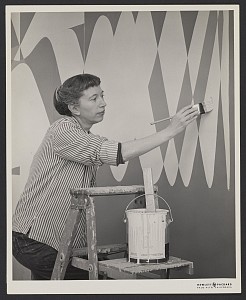 A newly resurfaced archive of Mary Dill Henry’s photographs, sketches, and correspondence at the Illinois Institute of Technology reveals an artist always in motion. 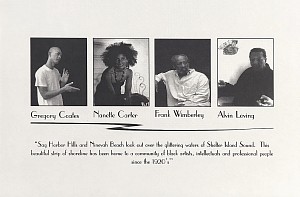 Upcoming Exhibition | The Church at Sag Harbor: A Return to a Place By the Sea

A Return to a Place By the Sea

Return to A Place By the Sea revisits and recontextualizes the 1999 exhibition A Place By the Sea that celebrated the work and friendship of four African American artists: Nanette Carter (b. 1954), Gregory Coates (b. 1961), Al Loving (1935-2005), and Frank Wimberley (b.1926). Initially organized in 1999 by Jim Richard Wilson at the Rathbone Gallery of the Russell Sage College in Albany, the show traveled to Christine Nienaber Contemporary Art in New York and the Arlene Bujese Gallery in East Hampton. This February, thanks to the combined curation of The Church's Co-Founder April Gornik and Chief Curator Sara Cochran, we will explore the type of art these artists were making in the 1990s and update this conversation by exploring their more recent work. Our goal is to deepen the understanding of these influential artists, who have only begun to receive international acclaim for their work. The show also delineates a more inclusive history of abstract painting in New York in the late 20th century and looks beyond the historical standard of race and gender. Uniting some works from the original show with recent paintings, works on paper, and sculpture, Return to A Place By the Sea highlights the relevancy of each artist of "The Eastville Four." Given that for a time, all four artists lived part of the year in the Eastville/ SANS neighborhood to the east of Sag Harbor, this exhibition further honors the tradition of Sag Harbor as a maker's place of diverse art, industry, and craft practices.

Carter, Coates, Loving, and Wimberley shared a deep kinship. They were committed to abstract painting and shared an appreciation of jazz music with its vitality and basis in spontaneity and experimentation. Their lives and work were intertwined by their associations with The Studio Museum in Harlem, the Cinque Gallery in New York where they showed their work, and the Eastville Community where they have summer homes and found space to work and relax. The exhibition will feature programming that spotlights each artist and new video interviews with Carter, Coates, and Wimberley.

Eazel | Mary Dill Henry: The Gardens: Paintings from the 1980s 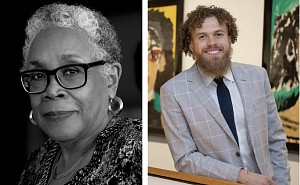 Join us for a virtual conversation that delves into the artistic practice of Frederick J. Brown with noted American art historian and curator Lowery Stokes Sims, who contributed a new essay to Frederick J. Brown: A Drawing in Five Parts, and the artist’s son, Bentley Brown, Adjunct Professor of Art History at Fordham University and PhD Fellow, NYU Institute of Fine Arts. The conversation is moderated by Director and CEO Masha Turchinsky.

Pioneering non-figurative work by women from all over the world gets its due in an exuberant London exhibition.

Please join us for a day at Intersect Palm Springs! Current and prospective members and guests are welcome to join for a special private tour of the fair with Liza Shapiro and Georgia Powell, Co-Founders of CURA Art. Afterwards, stick around for a meet-and-greet with ArtTable’s Lila Harnett Executive Director, Jessica L. Porter, and learn more about ArtTable’s mission and how you can get more involved with the organization.

Intersect Palm Springs is an art and design fair that brings together a dynamic mix of modern and contemporary galleries, and is activated by timely and original programming. It is one of three annual cultural events produced by Intersect Art and Design, in addition to Intersect Aspen and SOFA Chicago. Each event connect galleries with art lovers and collectors, highlighting art and design locally, regionally, and globally. Overseen by Managing Director Becca Hoffman, the Intersect team is committed to building community and connectivity in the locations of the fairs. Through cultural partners, programming, and curatorial vision, Intersect offers year-round opportunities for dialogue, engagement, and inspiration. 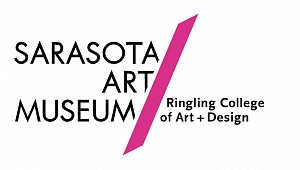 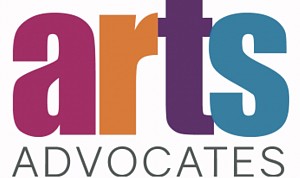 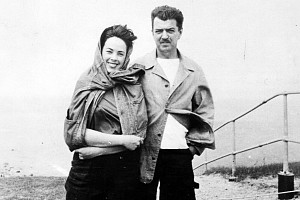 The Missouri-born, Texas-raised and New York-settled painter is best remembered for his 1940 mural in the Marine Air Terminal at LaGuardia Airport, for his status as one of the Irascible 18 abstract expressionists who protested a 1950 modern art show at the Metropolitan Museum of Art and for his home/studio in Springs, once shared with his artist wife Charlotte Park, that’s now considered one of America’s 11 most endangered historic places.

The art on this week’s cover, a 1982 painting titled “Eastern,” was provided to us by the Parrish Art Museum in Water Mill, long ahead of the painting’s inclusion in the upcoming exhibition James Brooks: A Painting Is a Real Thing, scheduled to debut at the museum on August 6.

Guest curated by Dr. Klaus Ottmann, the exhibition will be a “comprehensive survey of significant scope comprised of some 50 paintings drawn from public and private U.S. collections,” according to the museum’s website.

The show offers an overdue retrospective of the artist’s fascinating four-decade career and diverse range of art styles, as well as an insightful 125-page catalogue featuring a chronology, bibliography and interpretive essays by Ottmann and other experts.

We spoke to Ottmann about the cover art, Brooks’ career and the August exhibition at the Parrish Art Museum. 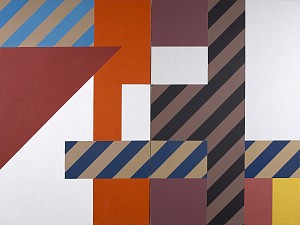 VIDEO | Mary Dill Henry: The Gardens (Paintings from the 1980s)