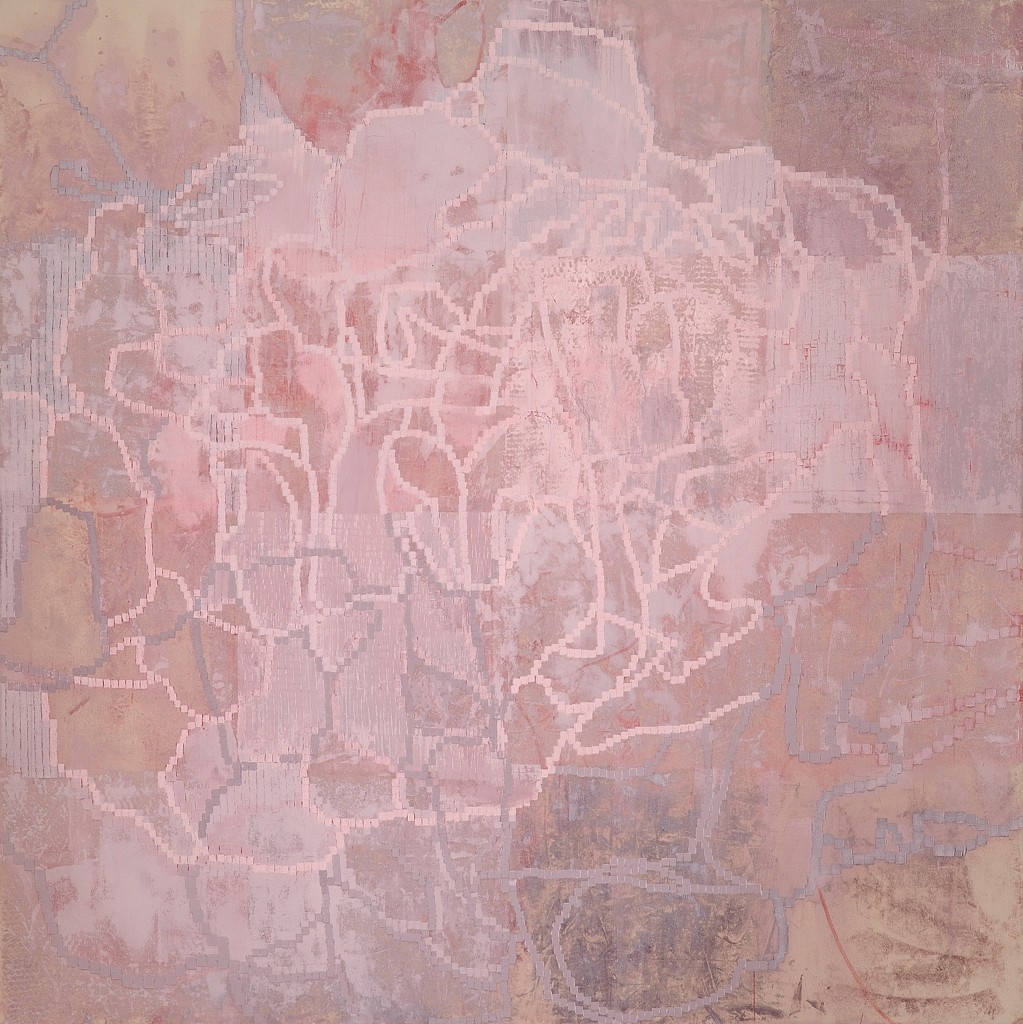 NEW YORK, NEW YORK, July 10, 2014. Berry Campbell is pleased to announce an exhibition of paintings by Eric Dever and Jodie Manasevit.  The opening reception will be held on Thursday, July 10 from 6 to 8 pm.

Over the last decade, Eric Dever has pursued intensely focused investigations into methods and materials, evolving gradually with new, sensitively executed, intimate works of art. For several years, Dever limited his palette to white—Zinc and Titatanium white—enabling him to uncover a white spectrum ranging from opacity to translucency. In the past, his compositions were largely geometric, including circles graded from dark to light, which included the introduction of black, widening the range and force of the work. Recent paintings are explorations through and beyond formal inquiry. In this respect, the paintings in this exhibition are a dramatic breakthrough. While the grid still resides within, each painting emerges into free shapes and tactile surfaces achieved by work with brush and knife. The starting point for this group of paintings was simply a rose from the artist’s garden that he deconstructed.  His methods, while still conceptual, enabled him to let the energetic qualities of color, line, and form emerge. Yet, in the paintings, we see how Dever holds to the methodical in the presence of the free. Utterly distinct marks suggest looping links of color presenting the artist’s discoveries of richer more rare hues—especially red, a color of love and strength—giving these paintings a sense of active and light filled passion.

Since the early 1990s, Dever’s work has been included in numerous one-person and group exhibitions throughout New York, as well as in Chicago, Ohio, Texas, New Mexico, and France. This spring Dever, whose studio is in Water Mill, New York, participated in REDACTED, an exhibition at the Islip Art Museum.

In the abstract paintings Jodie Manasevit has created since the 1990s, she has developed the forms and mark-making in each of her works through a process of direct engagement.  The paintings narrate her search for balance between thought and feeling, control and spontaneity, and reference and abstraction. As spatial relationships between colors and compositional elements develop, she considers how the quality of the light and the pacing of pathways through and across space organize the picture plane. The character and complexity of the developing images sometimes resolve into single figure-ground relationships. Lately, motifs from landscape and architecture populate her images. In them, she explores tension among flatness, deep space, and the suggestion of an aerial view.

Manasevit, who lives in Brooklyn, received her MFA from Hunter College, New York.  She has taught at Northeastern University since 1998.  Her work has been featured in solo exhibitions at the Worcester Art Museum, Massachusetts; Roger Williams University, Bristol, Rhode Island; and the Jersey City Museum, New Jersey.  She has also been included in numerous group exhibitions throughout the Northeast, including several museum shows.

Eric Dever and Jodie Manasevit are represented by Berry Campbell.  The exhibition will run through Saturday, August 9, 2014.  Berry Campbell is located in the heart of Chelsea at 530 W 24th Street on the ground floor.  For more information please contact Christine Berry or Martha Campbell at 212.924.2178, info@berrycampbell.com or www.berrycampbell.com.