A first-generation action painter, Raymond Hendler started his career as an Abstract Expressionist in Paris as early as 1949. In the years that followed, he played a significant role in the movement, both in New York, where he was the youngest voting member of the New York Artist’s Club. Hendler became a friend of Franz Kline, Willem de Kooning, Jackson Pollock, and Harold Rosenberg in Philadelphia, where he ran an avant-garde gallery between 1952 and 1954.

Around 1957, his work evolved from overall tightly-wound linear webs into a personal language of abstract pictograms. Hendler continued to seek clearer lines and harder edges during the 1960s, so that by the end of the decade, he had eliminated the drag of the paint brush, commonly emphasized by the Abstract Expressionists. Remarking on Hendler’s departure from the popular Abstract Expressionist style, Kline wrote: “The direct austere design and color complexes paint the image without undue nuances—with clarity and mature independence.” [1]

By the 1970s, Hendler produced some of his most important work. Using open, white spaces, Hendler created intelligible symbols scattered cheerfully across the flat picture plane.  These jubilant marks on their fresh white grounds animate the canvas often appearing as if they were flowing hieroglyphs or animated handwriting.  The artist called these artistic scrawls “graffiti” before the style became popular as an art form. Hendler continues, “Writing is a kind of self-revelation that gives you a chance to become.  It acts as a catalyst.  It does all a line can do in terms of noting and connoting.”[2]

Hendler’s new style would foreshadow many of the movements that became popular in the later half of the twentieth century: the lighthearted pop art of the 1960s, the reductive minimalism of the late 1960s and 1970s, neo-expressionism of the late 1970s and 1980s, and text based art of the 1980s. In addition, his animated compositions predated his fellow Abstract Expressionist and friend, Philip Guston’s return to figuration in the late 1960s.

Hendler differed from Rosenberg’s belief that American post-war painting should have a clear break from the past.  His work often recalls the autonomism and nonobjectivism of his European predecessors. However, Stuart Preston noted in The New York Times that Hendler had a “totally different approach to nonobjectivism….He excels in bright hard explicit pattern-making, in straightforward parades of independent shapes, not unlike those in Matisse’s collages.  There is something reminding of Leger here as well, particularly in the unambiguous glare of contrasted color and in the robust refusal to allow shapes to suggest anything beyond their merry self.”[3] Hendler was represented by Rose Fried Gallery, one of the most important galleries of its time and a champion of many European artists: Marcel Duchamp, Juan Gris, Vasily Kandinsky, Joan Miro, and Piet Modrian.  His work was a superb addition to the gallery’s roster.

Although images are at times visible, Hendler always maintained that his work was non-representational.  Instead, the images serve to convey his vitality and child-like sense of wonder in a highly sophisticated order. In a review for The New York Times, Helen Harrison writes that the “schematic character…exploits the crispness of acrylic without sacrificing painterly energy.”[4] Jane Gollin said, “his cheerful style never succumbs to mere visual intoxication…traffic is patiently, wittily controlled in paintings that are simultaneously cerebral and sensuous.”[5]

Raymond Hendler was born in Philadelphia, Pennsylvania in 1923 and studied in his native Philadelphia, at the Graphic Sketch Club, the Philadelphia College of Art, the Pennsylvania Academy of Art, and the Tyler School of Art (Temple University). In 1949, he continued his art training in Paris at the Académie de la Grande Chaumière on the G.I. Bill. Immersing himself in the Left Bank art scene, he formed close friendships with the Canadian Taschist painter, Jean Paul Riopelle, and the noted Australian sculptor, Robert Klippel.  In Paris, he exhibited at the Musée d’Art Moderne and was a founding member of Galerie Huit, the first American cooperative gallery in Europe.  Its members included Sam Francis, Al Held, Shirley Jaffe, Jules Olitski, among others.

Returning to New York in 1951, Hendler became part of the exploding Greenwich Village art scene.  He was a voting member of the New York Artist’s Club from 1951 until its end in 1957.  He was a friend of the leading figures in the New York School, including the painters Pollock, de Kooning, and Philip Guston and the critic Harold Rosenberg. With Franz Kline, he established a friendship that would last throughout the rest of Kline’s life.  During this same period, Hendler was active in Philadelphia.  At the Hendler Galleries, which he ran from 1952 to 1954, he exhibited the work of de Kooning, Sam Francis, Guston, Kline, George McNeil, Stephen Pace, Pollock, Milton Resnik, Riopelle, Ludwig Sander, and Jack Tworkov.

Hendler had frequent solo and group exhibitions in New York, Philadelphia, Minneapolis, and other locations. He was represented by the Rose Fried Gallery during the 1960s and had a series of solo exhibitions until Fried’s death in 1970. In 1963, he received the Longview Foundation Purchase Award, juried by de Kooning, Thomas Hess, Guston, Rosenberg, and David Smith. Since Hendler’s death in 1998, his work has continued to be featured in solo and group shows, many of which are important reconsiderations of the art of the second half of the twentieth century.

During his forty-year teaching career, Hendler also taught at the Contemporary School of Art, Brooklyn; Parsons School of Design, New York; Pratt Institute, Brooklyn; and School of Visual Art, New York; and Minneapolis College of Art, where he was head of the painting department. Hendler retired from teaching in 1984 and moved two years later to the East End of Long Island. He lived and painted for the last ten years of his life in the house in East Hampton’s Northwest Woods that he built with his wife, Mary Rood. 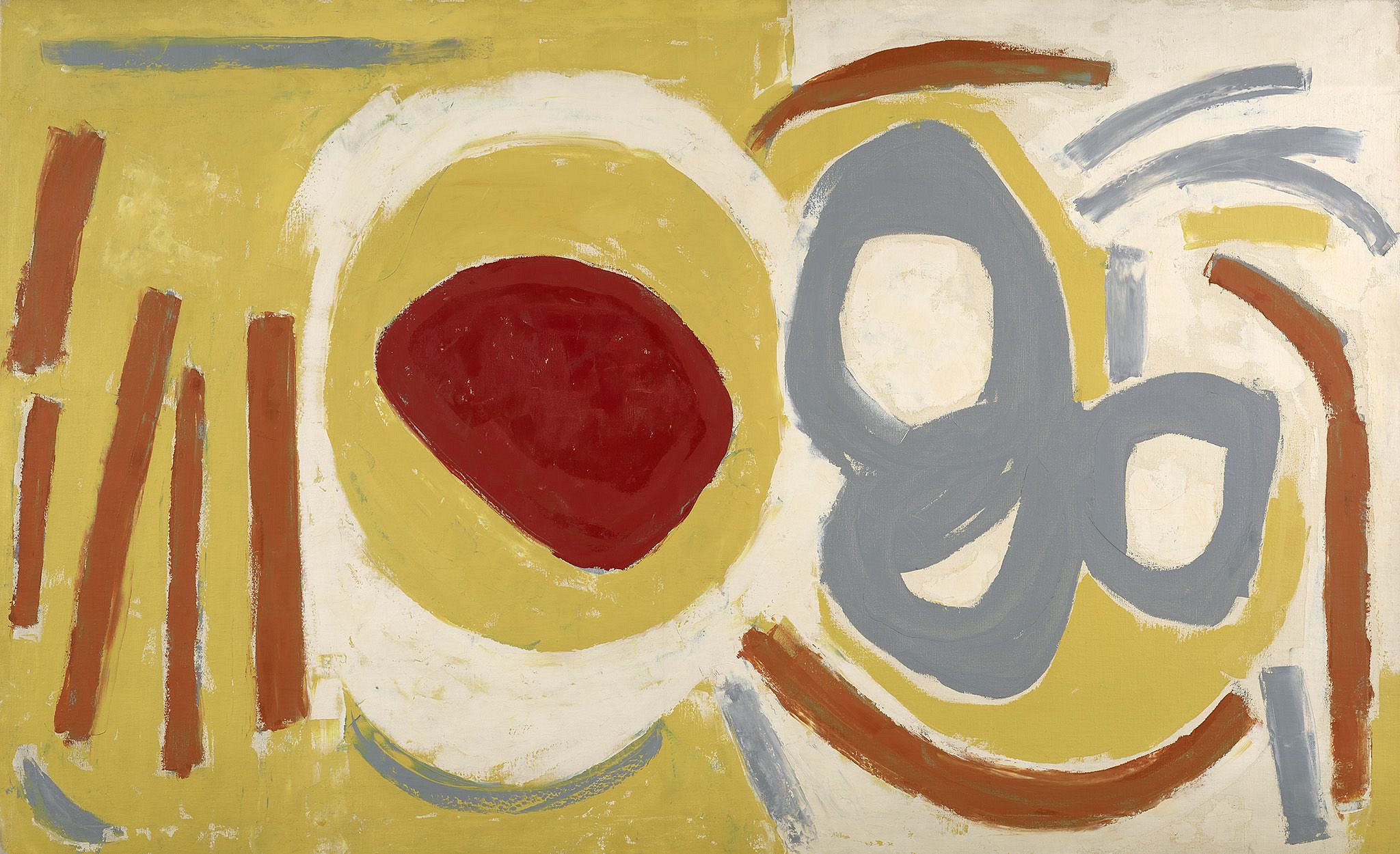 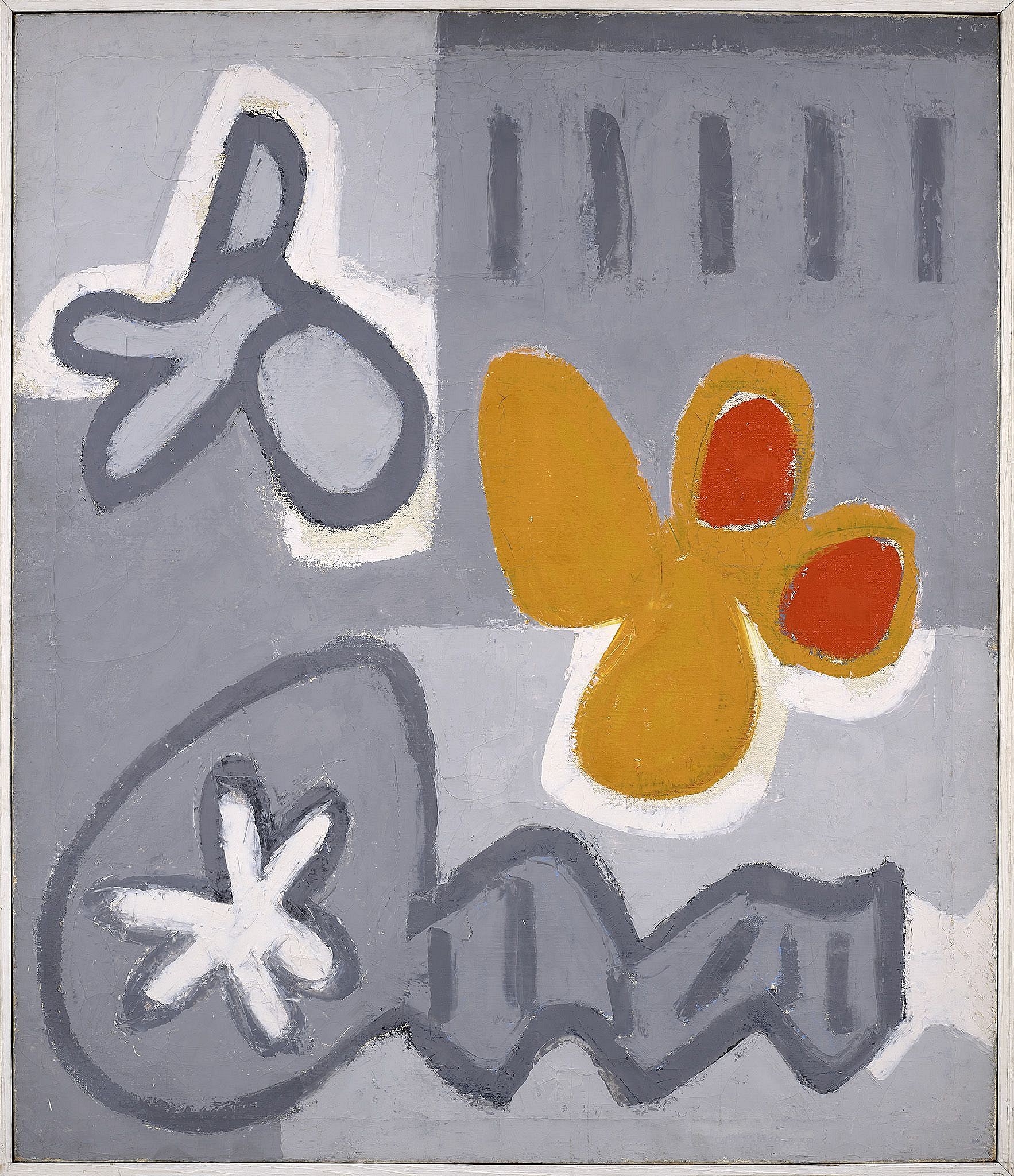 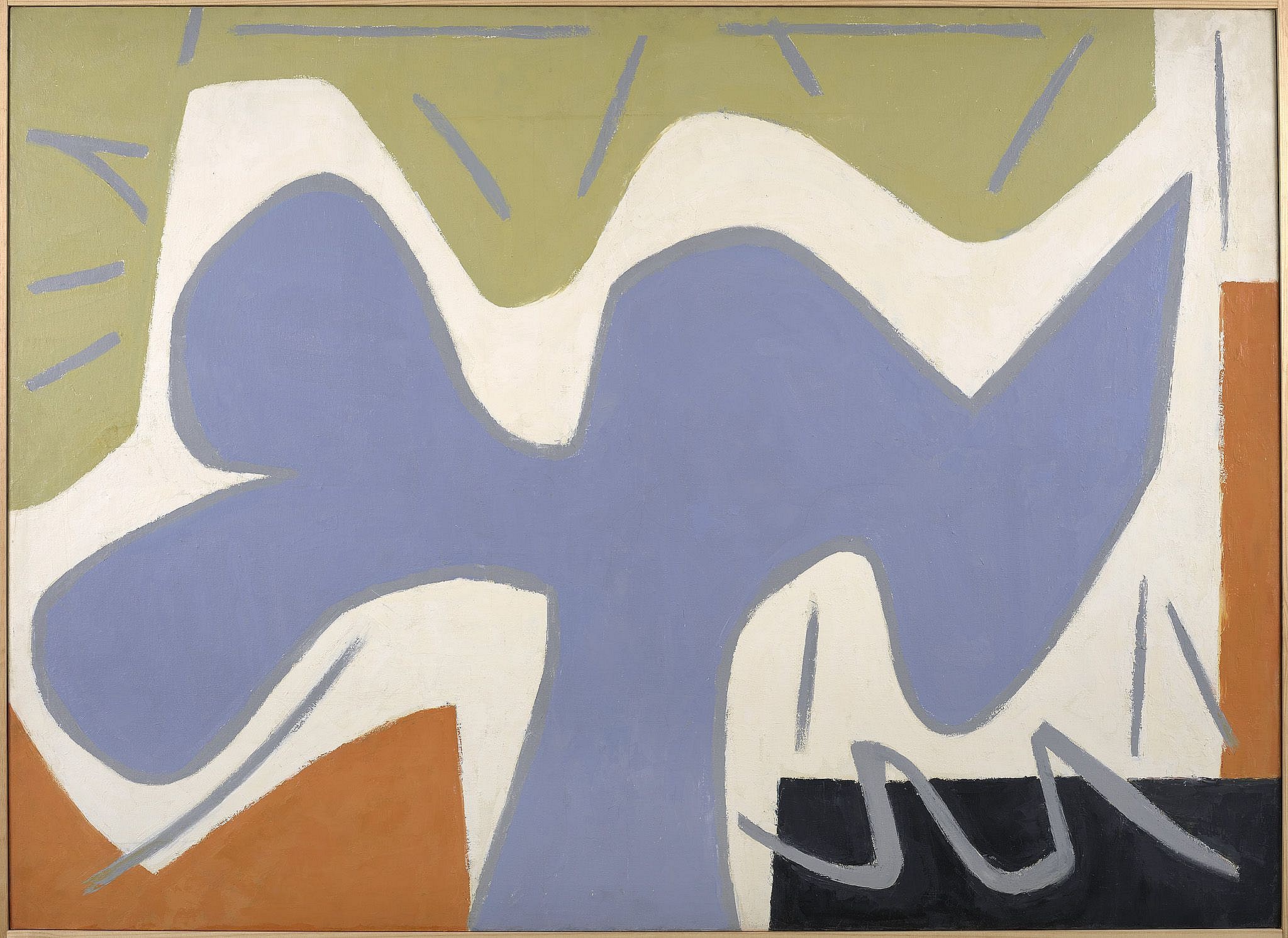 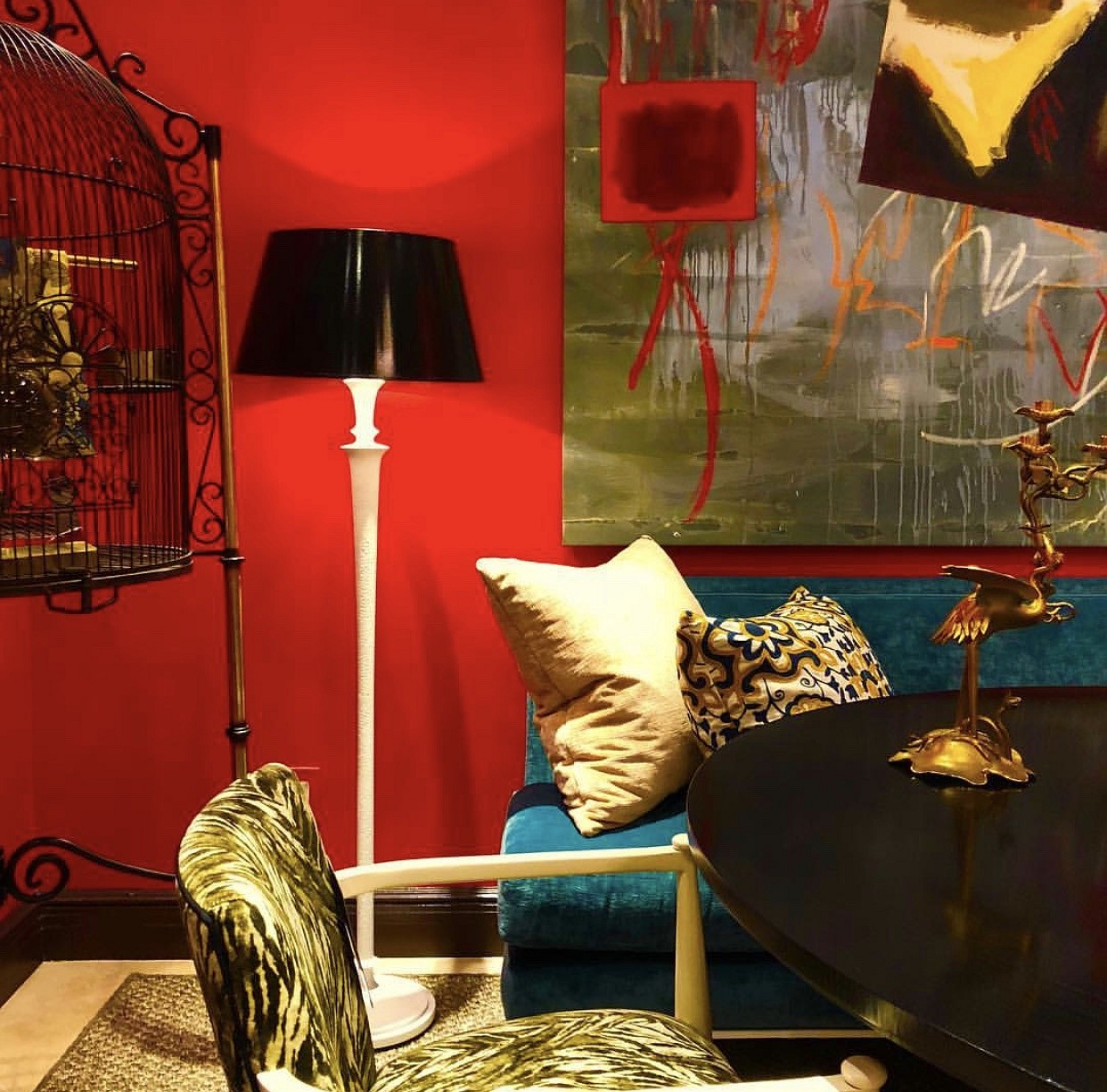 We are so pleased to have been able to work... 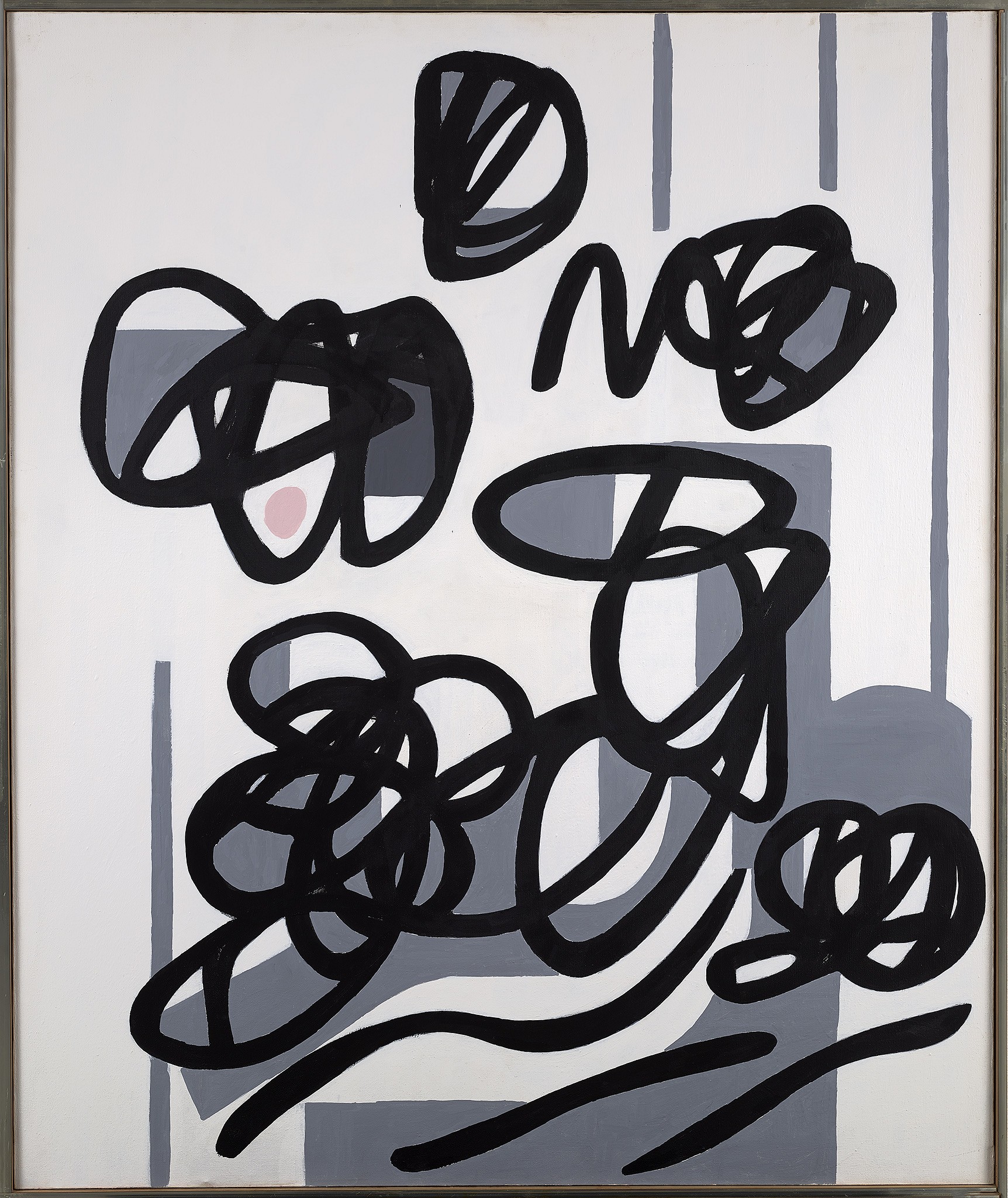 Should an Abstract Expressionist be allowed to...