To Look At Things in Bloom

Eric Dever’s latest paintings stem from his enthusiastic embrace of nature. He enthralls us with some of his favorite flowers, from Bird of Paradise to roses—as well as by his landscapes—both representational and imagined. Titles like Orient, Central Coast, Highway 1, and Monterey, merely hint at some of his peregrinations and their legacy.

This new body of work stands in contrast to what I first observed in Dever’s painting years ago, when he imposed on his artistic process a serious and disciplined exploration of material and method. For a long while, he limited himself to working entirely in monochrome, only gradually evolving from all white, to white and black, to adding one variety of red: Napthol Scarlet. At the time, Dever was deep into the exploration of material nature, inspired by Yoga and Indian philosophy, especially Samkhya, which teaches that everything in reality is derived from the self, the soul, or the intellect, as well as from creative agency or energy.

Not surprisingly, Dever’s new pictures do not seek to replicate nature, but instead vibrate between representation and abstraction, a kind of rhythmic dance expressing both what he later recalls in his mind’s eye and, simultaneously, how exhilarated he feels while he loses himself in nature. He relies upon self-discipline or self-study, some of which he has absorbed from Patanjali’s Yoga Sutras.

Yet Dever’s very personal observations of nature reflect in part his own journey from Los Angeles, where he was born in 1962, and grew up, to New York City, where he received his Master of Arts degree in painting at New York University in 1988. After years of painting while employed part time in the city in the prestigious architectural firm of Pei Cobb Freed & Partners, Dever moved in 2002 even further east—to Southampton, New York, on the East End of Long Island. To say that Dever’s vision of nature has its roots on the West Coast, while he is now fully engaged on the East Coast, only begins to come to terms with the particularity of his observations.

Dever doesn’t paint nature, he paints his experience of it. His personal expression calls to mind an earlier painter who also migrated from Los Angeles to New York City to study painting, then moved out to the Hamptons on Long Island’s East End: Jackson Pollock, who famously responded to Hans Hofmann’s question, “Do you work from nature?” by proclaiming: “I am nature.” As it did for Pollock, the natural landscape on Long Island offers Dever both stimulation and direction that has found its way into his paintings.

In Dever's Southampton studio, set in the picturesque garden that he himself designed, I looked at the gorgeous diptych Lily of the Nile (also called Agapanthus and featured in another of the new works), and I found myself recalling the garden of Claude Monet (1840-1926), in Giverny, France, which inspired the late paintings of waterlilies that famously disregarded boundaries and moved toward abstraction. Critics have long since linked Monet’s late “all-over painting” to Pollock’s abstractions. Now Dever’s over-sized depiction of the lavender blue agapanthus, this time extending over two large canvases, continues in this gestural tradition.

Dever’s purposeful use of the raw linen surface in Lily of the Nile in fact links to Abstract Expressionism’s influence. As a young painter in New York, Dever learned indirectly from Milton Resnick (1917-2004), whose advice to his students was to use the raw surface of his pictures as a compositional element. Dever recalls reading a 2011 Art News article by David Reed that quoted Resnick’s adamant instruction to students: “You have to break through the surface.”

The flowers in Dever’s new paintings range from exotic subtropicals like agapanthus, amaryllis, or calla lily to locally hardy favorites like roses, dogwood, and lilac. He hasn’t let go of his hometown memories, where he recalls subtropical Bird of Paradise flowers thriving on urban traffic islands or agapanthus and calla lilies growing along driveways. The mild, dry, Mediterranean-like climate of Los Angeles contrasts with the colder, wet climate of Eastern Long Island. Dever explained, “What is common in Los Angeles becomes precious in the Northeast.”

But Eastern Long Island also projects a legacy of modernist painting, from which Dever, the 2022 artist resident at the Parrish Art Museum in Water Mill, has absorbed lessons that he uses to create his own style of painting. For example, Max Ernst, who like many Surrealists fled to the United States during World War II (and worked briefly on Long Island in 1944), invented in 1920s Germany a technique that he called grattage, in which paint is scraped across canvas to reveal the imprints of the objects placed beneath. Dever utilizes a similar process of scraping paint in works like Tipping Point, referring to a fleeting image of the towering pale blooms of a plant called yucca that grows on both coasts. He also adapted from Ernst the technique of pressing paint from one surface onto another, known as decalcomania.

Dever used decalcomania in his painting, Myself as a Rose, which he picked as the flower with which he “self-identifies,” a kind of Duchampian theme of disguise or alter-ego. The blossom in question is colored a bright coral-orange, the prize progeny of his own garden. From the microcosm of nature at home to the macrocosm of the larger landscape, Dever finds meaning and stimulation in his visual field. Recipient of a 2020 Warhol Foundation/Nature Conservancy-Montauk Project Artist residency, Dever painted at the easternmost tip of Long Island, responding directly to the blue summer hues of twilight that the French call l’heure bleue. This vision is especially evident in works like Lavender Memory, where light and energy work to communicate a sense of awe reflecting the time of day and the passing of seasons. “To Look at Things in Bloom,” the name Dever has chosen for this body of work, is adapted from a line of verse from the Loveliest of Trees by the English classical scholar and poet, A. E. Housman (1859-1936). This choice places Dever in sympathy with artists and poets of the modernist era, whose work still has much to teach us.

-Gail Levin, Distinquished Professor at Baruch College and the Graduate Center of the City University of New York, has written extensively on Abstract Expressionism and other aspects of American modern art. She is the author of Lee Krasner: A Biography and other books.
© Gail Levin, Ph.D. 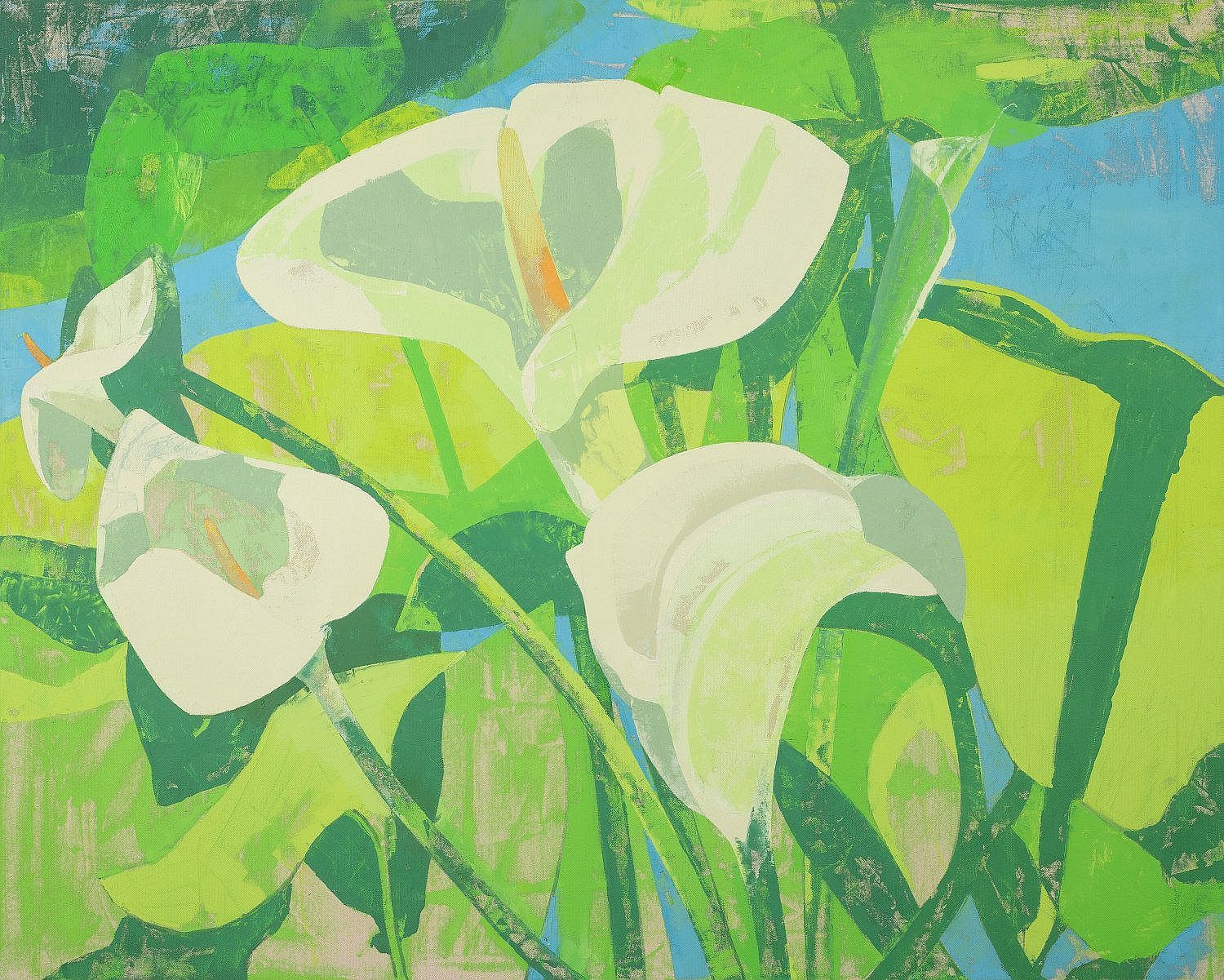 "Eric Dever: To Look at Things in Bloom" Featured as a Must See on Artforum Artguide

EXHIBITION CATALOGUE | Eric Dever: To Look at Things in Bloom

EXHIBITION CATALOGUE | Eric Dever: To Look at Things in Bloom