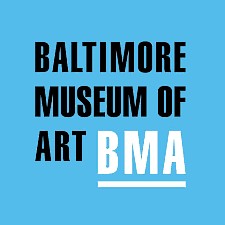 The Baltimore Museum of Art (BMA) has announced the first exhibition of its year-long 2020 Vision initiative to celebrate female-identifying artists. By Their Creative Force: American Women Modernists features 20 works by artists such as Elizabeth Catlett, Maria Martinez, and Georgia O’Keeffe to recognize the innovative contributions women artists have made to the development of American modernism. The exhibition is on view October 6, 2019–July 5, 2020.

“This exhibition presents a survey of women artists from a variety of geographic regions and socioeconomic backgrounds to tell a more inclusive story of American modernism,” said Christopher Bedford, BMA Dorothy Wagner Wallis Director. “It also demonstrates the BMA’s long history of acquiring works by women artists and our commitment to showcasing accomplished artists from this community, both efforts the museum is amplifying in 2020 and beyond.”

By Their Creative Force refers to a quote from British author Virginia Woolf, who argued in 1929 that women’s creativity had been repressed and neglected to such a degree that the resulting pent-up energies were due to burst through: “by this time the very walls are permeated by their creative force…” Drawn primarily from the BMA’s collection, the selection of painting, sculpture, printmaking, and ceramics spans four decades to showcase women artists’ engagements with the major art movements of the 20th century, including Cubism, Surrealism, and Abstract Expressionism. The subjects include figures, still lifes, landscapes, and non-representational abstraction. Notably, several of the artists—including Simone Brangier Boas, Grace Hartigan, Elsa Hutzler, Helen Jacobson, Amalie Rothschild, and Grace Turnbull—were based in Baltimore for much of their careers.

Among the exhibition highlights are Pink Tulip(1926) and Waterfall I (1952) by Georgia O’Keeffe, one of the most successful American modernists, best known for her boldly innovative renderings of flowers, landscapes, and cityscapes. Elizabeth Catlett’s print Domestic Worker (1946) shows the artist working to promote social change. Catlett was banned from the U.S. during the McCarthy era and lived and worked in Mexico. Grace Hartigan’s Red Bowl (1953) is a blend of figuration and abstraction that was initially exhibited by the artist under the pseudonym George Hartigan to avoid discrimination she might face as a woman. After 1955, she began exhibiting under her real name and in 1965 she became director of the Hoffberger School of Painting at the Maryland Institute College of Art.

The accomplishments made by many of the historically less-recognized women artists in By Their Creative Force are also acknowledged here. Marguerite Zorach was one of the few American women artists whose work was included in the groundbreaking 1913 Armory Show. Maria Finkelstein exhibited at the Paris Salon in 1928 and 1930. Gertrude Greene was a founder of American Abstract Artists and helped establish the Unemployed Artists Group (later known as the Artists Union). Simone Brangier Boas was one of the founding members of the Sculptors’ Guild and her work was included in the 1939 World’s Fair American Art exhibition. Helen Jacobson was the only Marylander invited to show in the Art: U.S.A.:59exhibition at the New York Coliseum.

By Their Creative Force: American Women Modernists is part of the BMA’s year-long 2020 Vision initiative highlighting women artists and collectors, and includes works by Rebecca Salsbury James, Irene Rice Pereira, Florine Stettheimer, and Eva Zeisel, in addition to the artists previously mentioned. The exhibition is curated by Virginia Anderson, BMA Curator of American Art, and generously supported by the Sigmund M. and Mary B. Hyman Fund for American Ar