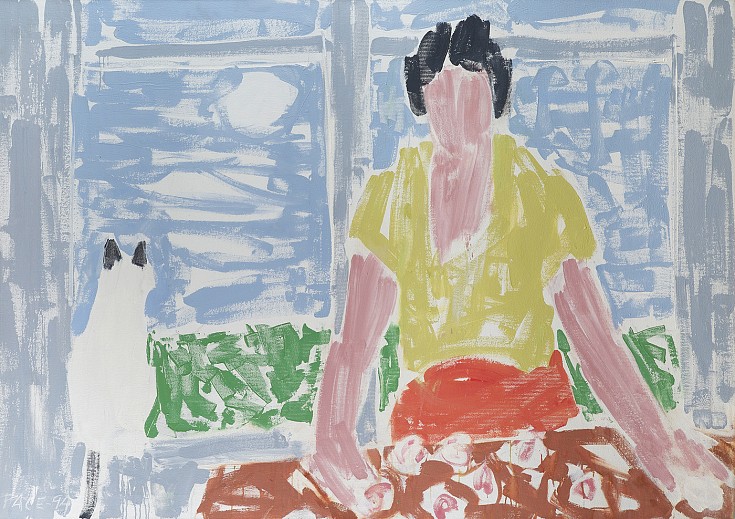 Summer, brings together 34 works by 7 artists who combine skeptical clarity with a mindful and at times humor-tinged desire to locate the intersection of spiritual and physical presence in daily life. The natural world serves as a doorway into a highly rarefied metaphysical realm where the sea of consciousness surges against the tangible world. Here all is in flux as distinctions between self and soul, body and spirit, past and present, mortification and bliss, confinement and escape all blur and waver. Summer celebrates the disparate elements of the Earth, while exploring the human connection to nature. – Ugo Rondinone

DAVID ADAMO (b. 1979) presents a group of "termite mound" sculptures, with their cathedral-like forms that are based on constructions made by a species of insect better known for its destructive nature. These works are representative of his interest in creating sculpture from processes that can be observed in nature.

A prominent member of the Fluxus movement, GEOFFREY HENDRICKS (b. 1931; d. 2018) has often explored his fascination with nature through both his performance art and visual art. His Sky Paintings (1965) on view here render the visible invisible and the immaterial material.

SHARA HUGHES (b. 1981), describes her enchanted vistas as “invented landscapes.” They recall picturesque images from vintage postcards, blown up and abstracted to assume a fantastical ambiguity.

After an established career in New York as an abstract expressionist, STEPHEN PACE (b. 1918; d. 2010) shifted to figurative painting in 1962 when he relocated to Maine. There, he found the coastal working waterfronts compelling, in particular the activities of the fisherman: digging clams, setting lobster traps, restocking bait.

In her paintings, EMILY MAE SMITH (b. 1979) plays with legacies of Pop art, in particular its glamour finish and populist appeal. Finely rendered, complex in their psychodrama, they reference classic animation, art history, mythology, and science-fiction kitsch.

NED SMYTH (b. 1948) explores the expression of reverence in his work, which comprises both sculpture and public arts projects. His practice is informed by his study of archeological sites, temples, cathedrals, and past structural periods and details.

Early in her career, PAT STEIR (b. 1940) was loosely allied with Conceptual Art and Minimalism, but she is now best known for her dripped, splashed, and poured "waterfall" paintings that she first started making in the 1980s.