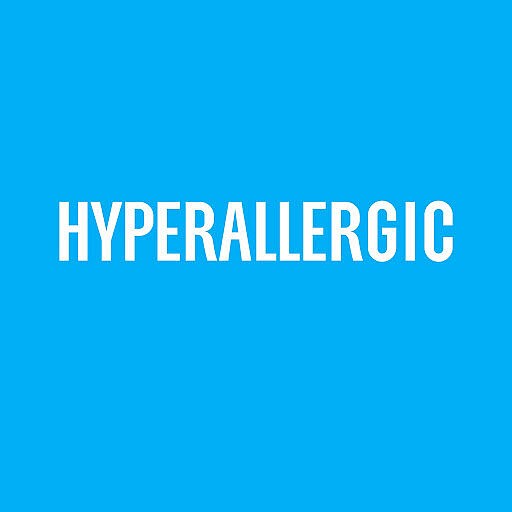 We were told that women were on the peripheries of the artistic movement, while in fact they were driving it forward, energetically engaging in this radical pictorial language.

Abstract Expressionism is a storied movement continually re-told at blockbuster museums: We think we know it so well. The story, however, is still wrong. There are no women in it. The most recent show in the United Kingdom was at the Royal Academy of Arts in London in 2017. The exhibition projected an outdated image of the swaggering machismo the movement has come to be known for. Lee Krasner was the only woman exhibited.

More recently, a bold exhibition at Huxley-Parlour Gallery in London entitled Women and the Void, hoped to correct this. It showed works from some of the better-known and under-appreciated women artists, including Jay Defoe, Mary Abbott, and Michael West.

Now is the time to examine this exclusion, given the work done by writers like Mary Gabriel to understand these artists; her 2018 book Ninth Street Women chronicled their art and lives.

There has been no major group show of women Abstract Expressionists in the UK, and only one elsewhere at the Denver Art Museum. Huxley Parlour’s exhibition demonstrated that women were not only present, but central, to the movement’s origins. By focusing on works on paper and including work from beyond the bigger names, the show affirmed the polyvalent output women have made — take Anne Ryan’s layered 1951 collage. Other highlights included striking work by Perle Fine and Alma Thomas, the latter of whose inclusion evidences another major absence: Black artists.

Both the 2019 Barbican Centre retrospective of Lee Krasner’s work and Dulwich Picture Gallery’s exhibition of Helen Frankenthaler’s printmaking career are further indicators of interest, as is the current Joan Mitchell retrospective currently at the Baltimore Museum of Art.

These three women, however, are exceptions and still not valued to the extent their male equivalents are. Although a crude metric, the auction market gives some idea: Rothko’s record stands at $86.9 million, whilst leading the women is Lee Krasner at $11.7 million.

Institutional recognition at a group level is arguably little better: The Whitney Museum’s recent show Labyrinth of Forms: Women and Abstraction is indicative of museums’ willingness to invest in these women. Or rather, lack of willingness: The exhibition was criticized for its small footprint and handful of works, despite the museum’s extensive archive holdings. This speaks of a wider tension between museum-as-artist-champion and museum-as-business.

This exclusion matters because it is a lie. Women weren’t working on the peripheries, they were driving the movement forward, energetically engaging in this radical pictorial language.

Before Abstract Expressionism was cast as the familiar macho movement in the mid-1950s — guided by the vernacular of critics such as Clement Greenberg and Harold Rosenberg — a democratic spirit pervaded US abstraction. This was in part due to the withering attitude taken towards abstract art which meant artists were not competing, but collaborating.

Out of this spirit, the collaborative organizations American Abstract Artists (AAA) and Atelier 17 emerged to champion abstraction, the latter with a focus on works on paper. A notable 40% of Atelier 17 members were women. Members included artists who became associated with Abstract Expressionism: Perle Fine, Jackson Pollock, and Willem De Kooning. Abstraction crucially offered women aesthetic liberty: Perle Fine commented it allowed her to escape from the “oppressive particularities” of realism.

This is not to say it was all plain sailing. Some women artists changed their names to avoid bias: “Dorris” to “Dorr” Bothwell, and the oft-recounted comments from Hans Hofmann that Elaine de Kooning and Lee Krasner’s work being “so good that you would not know it was done by a woman” speak volumes.

While factors such as the male-only requirement for “the club” — the East 8th Street spot in Manhattan where artists met — played a role, art historians have generally pinpointed the rise of the abstract art market as being the moment women were pushed out. As Mary Gabriel puts it: “When art became a ‘business’ in the turbocharged consumer economy of the late 1950s, work by women artists wasn’t considered as valuable … which meant dealers didn’t show it, collectors didn’t buy it, and art history courses failed to mention it.” The previous plurality of styles was replaced by a handful of male “masters,” befitting of the Cold War politics of the day.

But we know these women were there: The now-famous 1951 Ninth Street Show, considered the debut of Abstract Expressionism, had three women on its committee: Fine, Mitchell, and Elaine de Kooning. Why are museums such as the Royal Academy still getting it wrong?

There are tedious reasons such as the need to guarantee ticket sales. But there are also relevant ideas about artistic value. The Denver exhibition and the Frankenthaler exhibition at the Dulwich Picture Gallery argue that these women deserve attention because they were innovators: Jane Findlay, curator of the Dulwich exhibition, said she put innovation “front and centre.”

Huxley-Parlour hosted a panel talk, where the Barbican curator Eleanor Nairne questioned why so much emphasis is placed on innovation as a metric when valuing artists, and if this helps achieves parity. She commented it’s inherently market-driven: “If someone has a singular style, then they are uniquely identifiable for their imagery, and so we feel more comfortable championing them as a ‘master’”. She explained society has been more lenient allowing male artists to cycle through different styles before landing on a single identifiable one: Think of Rothko, whose biomorphs are seen as the preamble to his signature multiforms.

Nairne broadened out the idea, considered innovation in conjunction with Hilma af Klint, who she says was only canonized because she created abstract work a year before Kandinsky — what would have happened if it was the next year? Maybe, therefore, we shouldn’t ask what these women were doing “differently,” but simply what they were doing.

The scholarship has been tirelessly corrected, the books have been re-written: It’s clear that women were front and center of Abstract Expressionism. But the power of a simple narrative of a few great men still stands in the way of experiencing the richness of mid-century abstraction. It’s time to flesh the story out.