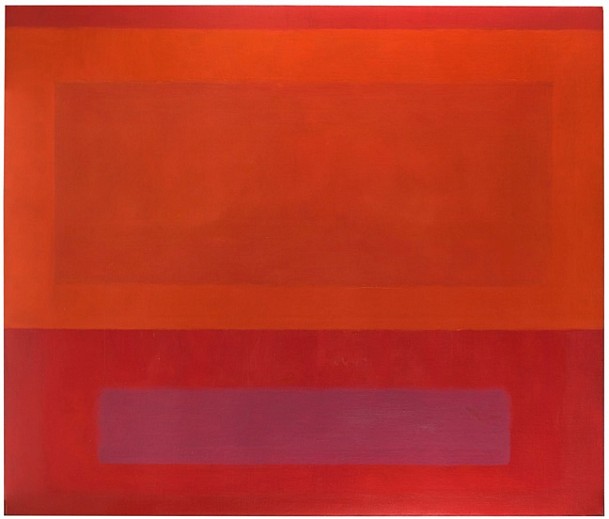 The Berry Campbell Gallery in Chelsea will hold an opening tonight from 6 to 8 of an exhibition of work by Perle Fine, an Abstract Expressionist painter who lived in Springs from 1954 until her death in 1988. The show will remain on view through March 14.

While in her teens, Fine moved from Boston to New York to take classes at the Art Students League. She subsequently studied with Hans Hofmann who, along with Piet Mondrian, influenced her work during the 1940s. She was a friend of Lee Krasner, Jackson Pollock, Willem and Elaine de Kooning, and Franz Kline, among others, and was one of the first female members of the Club.

It was Krasner who suggested she move to Springs, after which her work changed. On a visit to her Red Dirt Road studio, de Kooning observed that her abstract forms reflected the trees and landscape around her.

In addition to 22 paintings, the exhibition will include works on paper from the 1940s through the 1970s, and several paintings from the “Cool Series” of 1961-63, which reflected the rise of Color Field painting and a widespread move away from the angst of the 1950s.