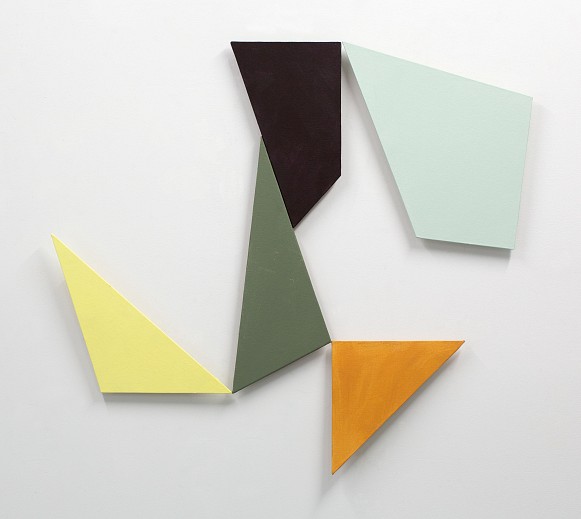 Art Review: Maine artists at the fore in NYC

Art Review: Maine artists at the fore in NYC
KEN GREENLEAF AND DAN MILLS STAND OUT IN THE CHELSEA GALLERY DISTRICT.
BY DANIEL KANY

While I was in New York to see the Leonard Lauder collection of Cubism at the Metropolitan Museum of Art (it actually surpasses its lofty billing), I saw a pair of shows by Mainers Ken Greenleaf and Dan Mills.

While the Nobleboro-based Greenleaf had a notable early New York City career as a sculptor and has shown at Caldbeck and Aucocisco galleries in Maine, more Mainers probably know him as a serious and insightful art critic. An exhibition of his paintings, drawings and collages is now on view at Berry Campbell Gallery in Chelsea.

Dan Mills is undoubtedly best known to Mainers as the director of the Bates Museum of Art, although many readers will know his work from exhibitions at Rose Contemporary and the critically-acclaimed collage shows at the University of New England and the Portland Public Library. Mills’ large show of paint-altered maps at George Billis (also in the Chelsea gallery district) came down last week.

Greenleaf and Mills are two of the active Maine artists whose work most interests me. This is both because their art engages contemporary American art culture at the highest possible level and because their local professional activities have focused on putting Maine art in perspective (as a critic and a museum director, respectively). Whereas I often in this column discuss work shown in Maine by artists from away, reviewing these shows is an opportunity to consider what work by Maine artists looks like on view at the undisputed epicenter of the international contemporary art world.

KEN GREENLEAF AT BERRY CAMPBELL:
Greenleaf’s insistent and experienced abstraction is a hip idiom in New York at the moment. It is not the work of younger artists; rather, we’re seeing mature painters whose faith in Modernist painting was palpable, including Paul Jenkins at Robert Miller, Judith Lauand at Driscoll Babcock or the late Richard Pousette-Dart at Pace. This is the critical context for Greenleaf. While his work is sophisticated and tips its historically savvy hat to modernist pioneers such as Kazimir Malevich (the Russian best known for his iconic “Black Square”), Greenleaf’s work is primarily dedicated to the viewer’s immediate experience.

Greenleaf’s work always does something. Sometimes his geometrically abstract forms flutter. Sometimes they set your eyes to follow their crackling circuits. And sometimes they fold and furl with the pulsing rhythms of intimate mental engines.

His show at Berry Campbell is particularly revealing of Greenleaf as an artist because it includes six modes, or series, of his work, and they all succeed on similar terms of internal motion. The language of Greenleaf’s work is geometrical abstraction. Like Malevich, he has a propensity for reductive black and white, but when he does move into color, Greenleaf also follows Malevich to a surprisingly broad palette of solid colors: pink, orange, gray, blue, yellow, black and so on.

Greenleaf’s color works expand from the tiny, clock-work framed gouaches to shaped, multi-element canvas pieces that dominate the show. Whereas the framed works ride a modernist internal logic, the shaped canvases electrify the space because their thin forms float off the wall to which they are tied by shadows and a self-conscious proximate distance. Greenleaf’s first “Polarity” piece, for example, features two rhombuses and three triangles including a punctuating orange ochre element that floats free of its central, gray colleague by a tiny, highly-charged synapse that crackles with static charge.

With the “Polarity” work, Greenleaf clarifies an unusual spatial experience. While modernist painting tends to mirror the bilateral symmetry and verticality of the viewer’s body (e.g., Pousette-Dart’s centered circles at Robert Miller), Greenleaf follows the “infinite” spatial experience of Malevich, whose often-tilted Suprematist paintings were primed for out of body experience.

Greenleaf’s new acrylic drawings offer the most visible avenue between shape and space: Reading left to right, as we Westerners tend to do with drawings, certain elements appear as closed shapes, but as we reach their completion on the right, we find them to be open lines, so our eyes double back. As we move back and forth, something changes along the lines of Zeno’s Paradox – each step gets us much closer, but we find we can never close the gap. In the end, we find this is Greenleaf’s overarching goal. By accomplishing this in so many modes, the artist is making his works not only about the viewer experience but an entire discourse of dynamism in abstract art.

In this light, Greenleaf’s most successful works are his charcoal collages that shift between the spatial motion of his closed geometrical drawings and the material presence of the geometrical shapes of paper. These operate with a positive/negative motion that mirrors their image/object shift. While there are only a handful of these pieces, their key location standing sentry to the main space sets an intimate but powerfully pulsing tone for the entire show.

DAN MILLS AT GEORGE BILLIS:
While Dan Mills’ painted, repurposed maps intersect with Greenleaf’s abstractions at the corner of Cubism and systems art, they are predicated on legibility and expectation rather than real-time experience. Superficially, Mills codes colors to map keys and paints over the elements both on the map and in the keys. While we want to assign the color and optical effects to Mills, his work reveals the visual intelligence inherent in the map design.

One of Mills’ maps of Manhattan, for example, divides itself into at least a dozen subsections. Because his painted interventions obscure the specific meanings, we have easier access to the systems and structural logic of the map. And by leaving us to focus on how the image is structured, Mills opens doors for comparison and invites in outside ideas: We see the division between pictures and print of a newspaper or, for example, the many-windowed word of computers and the informational possibilities of the Internet in which the endless inevitably collides with the specific.

Mills also puts into play a precarious balance between the well-designed sensibilities of the data-driven world of printed map and the coolly disengaged ironical world of post-modernism with its post-structuralist lenses. On one hand, by presenting them mounted in frames, we see Mills’ maps as artifacts, antiquated and outdated. But by painting on them directly, Mills treats the maps as bases for knowledge and culture, living foundations worthy of direct contact with and participation in contemporary culture and knowledge.

Ironically, Mills’s strongest individual pieces push their own painterly logic past the point of dialogue with the piece over which they are painted. While this is apparent as part of the process in the context of the entire exhibition, the systems logic is not obvious in each individual piece. For example, “Outtake” features a small map (the Philippines?) over which a series of seven bowing bands of color have been painted with thick, continuous strokes. While other works use different decorative approaches, “Outtake” has an elegant, almost Samurai-like aesthetic.

While his work unearths many ideas about the visual presentation of data, Mills makes a compelling argument that if we follow brainy art to its core, we will often find a dedication to aesthetic appeal, also known as “beauty.”

Freelance writer Daniel Kany is an art historian who lives in Cumberland. He can be contacted at: dankany@gmail.com