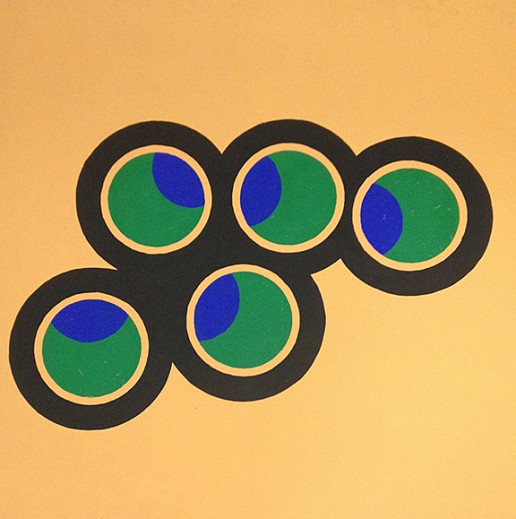 BERRY CAMPBELL TO FEATURE THE PAINTINGS OF EDWARD AVEDISIAN (1936 – 2007): THE SOHO YEARS

NEW YORK, NEW YORK, November 8, 2013 – BERRY CAMPBELL is pleased to announce the November 21st opening of Edward Avedisian: The Soho Years, presenting nineteen vibrantly colored paintings and works on paper.  The Soho Years will feature works painted between the early 1960s and 70s when Avedisian was living and working in the Soho neighborhood of New York.  These abstract works such as his biomorphic forms, striped orbs, and stripes with splashes were prominently featured in Artforum (including the magazine’s cover in January 1969), Artnews, and Arts magazines.

Edward Avedisian was born in Lowell, Massachusetts in 1936 and attended the School of the Museum of Fine Arts, Boston.  After moving to New York City in the early 1960s, he joined the dynamic art scene in Greenwich Village, frequenting the Cedar Tavern on Tenth Street, associating with the critic Clement Greenberg, and joining a new generation of abstract artists, such as Darby Bannard, Kenneth Noland, Jules Olitski, and Larry Poons.

Avedisian was among the leading figures to emerge in the New York art world during the 1960s.  An artist who mixed the hot colors of Pop Art with the cool, more analytical qualities of Color Field painting, he was instrumental in the exploration of new abstract methods to examine the primacy of optical experience, breaking from the tactility of Abstract Expressionism.

His works were included in landmark exhibitions such as Op Art: The Responsive Eye, at the Museum of Modern Art, the Whitney Museum’s Young America 1965 and the Expo 67, held in Montreal.  In 1971, Avedisian was included along with Bannard, Dan Christensen, Ron Davis, Poons, and Peter Young in the exhibition Six Painters, organized by the Albright-Knox Art Gallery in collaboration with the Baltimore Museum of Art and the Milwaukee Art Center.

The opening reception will take place on Thursday, November 21 from 6 to 9 pm. The exhibition will run through Saturday, January 4, 2014.   Berry Campbell is located in the heart of Chelsea at 530 W. 24th Street.