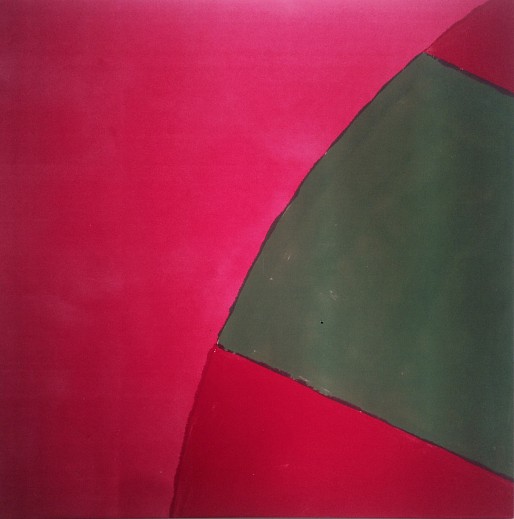 The Year in Review at Berry Campbell

I have long maintained that abstraction is the most radical art form we have – newer in its ambiguous essence than all the smart little toys that have come along since--such as video, installations and performance. In all of these toys, the representational and/or recognizable are reinstated, which to me is a step back from the true frontier.

But of course, abstraction is tough—not easily assimilated. That is why, despite all of its distinguished history and its many talented practitioners, it is still a minority art form.

On the other hand, you might never guess this essentially beleaguered status from the hundreds of folks who have been streaming through the Chelsea gallery of Berry Campbell, this newest and brightest HQ for quality abstraction.

At this time of year, the Group Show is in the ascendant throughout the art world. Such shows are commonly called something like “Summer Group Show,” “Summer Invitational,” or “Gallery Selections,” but Berry Campbell has chosen to call their show “The Year in Review” (through September 6).

It looks terrific, with a dozen artists (alphabetically) from Edward Avedisian to James Wolfe represented (the latter by “Leaphorn,” the lively little sculpture that I used a few weeks ago to illustrate my review of Wolfe’s show at the New York Studio School)

Actually, "The Year in Review" may be as much a preview as a review. Included are some marvelous new selections by William Perehudoff andWalter Darby Bannard, both of whom had solo exhibitions during this past winter. There is also a delicious little piece by James Walsh, and a pleasant larger painting by Susan Vecsey—these two artists having also been featured at this gallery last winter, in a two-person show.

But there is also work by artists who haven’t yet exhibited with Berry Campbell, leaving one looking forward to future displays in coming years.

The combination makes all three works sing together—the Christensen in particular looking better than I’ve seen it looking before. Up till now, the Christensen estate has been handled by Spanierman, but now it seems that Ira Spanierman is retiring, and his gallery is closing.

As both Martha Campbell and Christine Berry, the two principals in Berry Campbell, were formerly with Spanierman, speculation is rife about whether or not they’ll take on the Christensen estate. And how about the estate of Stanley Boxer -- also previously represented by Spanierman? Boxer is also visible in “The Year in Review,” in a crisp 1980 painting dominated by pink.

A still bigger mystery is, who will wind up representing Frank Bowling?He continues to do excellent painting, as could be seen in his big show last winter at Spanierman. The original announcement for “The Year in Review” included Bowling in its list of participating artists, but when I visited the show, his work had not yet arrived.

Other artists in “The Year in Review” include Paul Jenkins, the abstract painter, Raymond Hendler, whose work incorporates cryptic symbols, &Stephen Pace, whose two paintings(of a figure in a landscape and an ocean view) vividly remind us that he and Milton Avery were the best of friends.