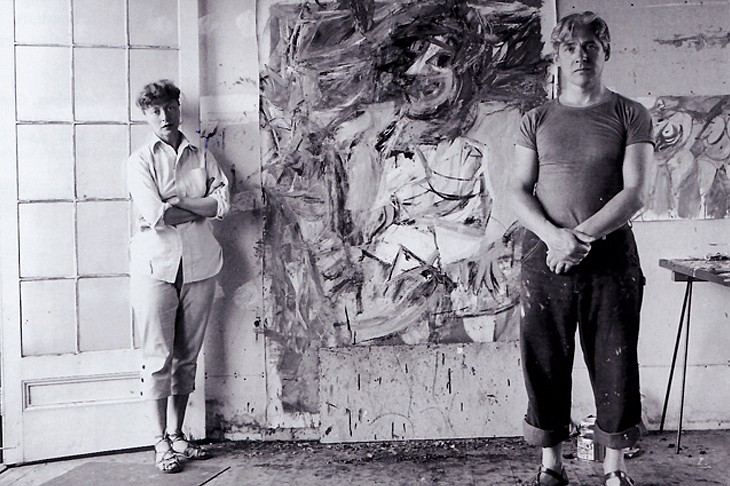 Letâ€™s Hear It For The Ladies Who Paint

The works of female painters were consistently undervalued by auction houses – but that’s all changing.

It has been several decades since the art world – that swirling miasma of idealism, virtuosity, pretense and money – has recognised the men of the New York School, also known as the Abstract Expressionists, as truly great artists. Paintings by Jackson Pollock, Franz Kline, Robert Motherwell and Willem de Kooning have long been in high demand, now more than ever; their canvases regularly fetch hilarious sums, well into the eight and nine figures.

But that’s just the men. Paintings by their differently chromosomed colleagues have been going for a relative song. Now, thankfully, that’s changing. Our understanding of this rough and raw, wildly inventive group of men is currently benefitting from a growing reexamination of the women who painted alongside them, and whose reputations quietly withered as the men’s legends grew. This is just, and overdue. One need not drop the instruments of critical discrimination to embrace it

Is Elaine de Kooning exactly as good as her husband Willem? I’m inclined to say no, but is she one tenth the painter he is, in terms of artistic genius and historical importance? That’s what the auction records and art history texts have traditionally said, and it’s transparently false.

Happily, a comprehensive reevaluation is afoot. Two years ago a major group exhibition, Women of Abstract Expressionism, travelled from Denver to Charlotte to Palm Springs. That was followed, in 2017, by MoMA’s Making Space. The auction houses, central barometers of public opinion, currently have no idea how to price these works. In the past two years, canvases by Grace Hartigan, Joan Mitchell, Helen Frankenthaler, Elaine de Kooning and Yvonne Thomas have shattered not only records, but their auction house price estimates, sometimes by a factor of ten.

The momentum appears to be gathering, if we look just at this month alone. On September 6, Cheim and Read, a storied New York gallery, launched Joan Mitchell: Paintings from the Middle of the Last Century, 1953-1962. Even more momentous — Mitchell’s long been the most celebrated of her female peers — is the groundbreaking exhibition that opened on September 13 at London’s Amar Gallery, Hiding in Plain Sight: An Exhibition Celebrating Female Abstract Expressionists of 1950s and 1960s America, featuring works by Frankenthaler, de Kooning, Hartigan and others. On September 25, Mary Gabriel, a National Book Award and Pulitzer finalist, will publish Ninth Street Women, a lengthy treatment of the lives and art of Mitchell, Frankenthaler, Hartigan, Krasner and de Kooning.

What does all this momentum mean? ‘What’s happening in the art world is a genuine expansion, not a replacement,’ says Dr. John Paul Rollert, curator of ‘Hiding in Plain Sight’. ‘I’m a great admirer of the New York School, and my love of Willem de Kooning and Robert Motherwell eventually led me to ask: What about the women who were sharing these men’s homes, their studios, their lives? Why are they only a footnote? When I started to explore, I soon realised there was this extraordinary lacuna in the historical record, an almost entirely overlooked — and shockingly undervalued — treasure trove of truly remarkable work.’

Amar Singh, the owner of Amar gallery, is a tireless advocate for women’s rights in his ancestral homeland of India, and a champion of female artists at his gallery. But he is emphatic that this emphasis not entail a dilution of quality: ‘I’m only concerned with showing good art, but so much work has been overlooked due to the gender of the artist creating it. I hope this show and the mission of the gallery helps to correct this imbalance.’

Since the dawn of the 1960s, the enlightened line has been that ‘the personal is political’. So is everything else, when it comes down to it; competition for power fills every inch of existence, art most certainly included. I have my doubts about this narrative, but the real devil resides in your definition of politics.

We can at least say that there are better and worse ways of doing art-politics. A party that vies for power by calling the other party ignorant hayseed fascists might win an election here or there, but it’s nasty, wicked, misanthropic stuff, and bad for the polis, if we take the long view. It’s refreshing to see a change like the one taking place around Abstract Expressionism. The simple, happy fact is that there’s ample room for more than one great painter named de Kooning.