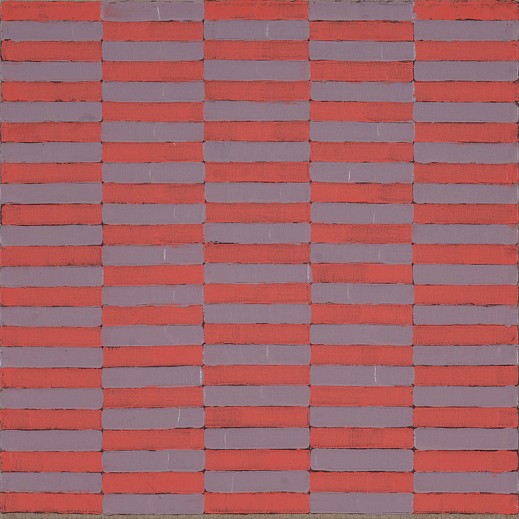 Shredded, Sliced and Covered Up

Ordinarily, as she will tell you, Janet Goleas, the curator of the exhibition “Redacted” at the Islip Art Museum, is not much of a political animal.

But around the time WikiLeaks and its founder, Julian Assange, burst into the news a few years ago, “I started thinking of government documents, and eventually of redacted documents,” Ms. Goleas said recently. “It seemed I started seeing them everywhere,” as stories about classified material kept cropping up.

An artist and blogger as well as a curator, she began pondering the many meanings and functions of concealment and redaction, which by one perhaps antiquated definition simply means adapting or editing for publication.

Then the Islip Art Museum asked Ms. Goleas, an East Hampton resident who is a former curator of the museum’s permanent collection, whether she had any ideas for a group show. “I said, ‘I sure do,’ ” she recalled.

Those hoping to find scores of blacked-out government documents in “Redacted,” which runs through June 1, may be mostly disappointed. The paintings, drawings, sculptures, collages and assemblages by the 17 artists in the show examine how various changes in content can alter its very nature. Works here have had content removed, shredded (sometimes very prettily), encased, knitted together and, yes, covered up (though not in the Watergate sense).

Take that humblest of items, the plastic shopping bag. Josh Blackwell, of Brooklyn, was in New Orleans visiting family whenHurricane Katrina struck in 2005. When the water receded, Mr. Blackwell said in a recent phone conversation, there was “trash everywhere.”

During a 2004 art residency in London, he said, “one of the things that kept coming up” was the amount of garbage generated by the United States. After the hurricane, Mr. Blackwell — not an environmental artist, but with his sensibilities heightened by what he had seen in New Orleans — decided to use that symbol of trash, the empty plastic bag, and turn it into something else. The result is a series of bags sewn and embroidered with so many layers of silk, wool and yarn that they have been transformed into objects of beauty.

One might conceive of wearing Mr. Blackwell’s pieces to a Mardi Gras party, but it is impossible to imagine leafing through the color plates by Francisco de Zurbarán, the 17th-century Spanish painter, in an art book “redacted” by Jonathan Callan, an artist who lives in London. Sections have been chiseled and bored away, perhaps suggesting a relic made useless by computers and smartphones that can call up Zurbarán’s work almost instantaneously.

There is more on books: Ryan Steadman, of Brooklyn, has created a series of works on canvas — some painted, some combining paint and collage — that look like books, but are devoid of content. “I think they function so well in the show because they’re so duplicitous,” Ms. Goleas said. And Ross Watts, of Sag Harbor, has embedded 11 novels by Herman Hesse in bricks made partly of beach sand collected from the shoreline of Long Island.

If Mr. Schmied’s work seems more decorative than threatening, that was part of the point, the curator said. “I didn’t want the show to be too thinky and conceptual,” she said. “I wanted it to be fun.”

And many works, like recycled, painted bedsheets by Lauren Luloff, of Brooklyn, are indeed fun. Another artist, Eric Dever, of Water Mill, is showing a series of eight paintings whose color he has limited to variations on red, white and black — in effect, editing out all other colors in his exercise in artistic redaction.

Still, those seeking the darker side of excision or concealment — as defined by these artists — can find it in several works. Stefana McClure, for example, has downloaded declassified, though heavily redacted, Central Intelligence Agency documents from the Internet, printed them on archival paper and sliced them with a blade, knitting together the sliced strands. Given all the government redaction, the works are largely black, with a few jittery white areas of text.

Ms. McClure used the same process to create a piece on the side effects of the prescription drug Zoloft, knitting the information into what she called “this nice, homey swatch” — one that mocks how pharmaceutical warnings may be obscured.

Ms. Goleas said that at the start of her project, she had mixed feelings about the ethics of either withholding or leaking information. So after years of thought and seeing what she described as “hundreds of works,” how does she feel about the subject?

“I still haven’t decided,” she said.