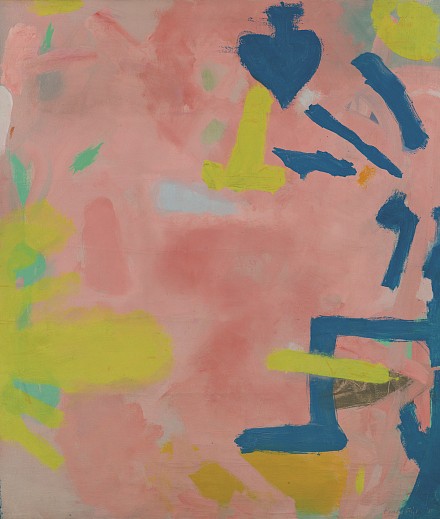 The exhibition contrasts the lives of two women painters, one working in New York and the other across the Atlantic in Paris, who lived and were active for the same period of time, existing in the parallel art worlds of abstract painters and modernist Paris. Louppe lived from 1902-1988 and Fine from 1905-1988. The exhibition will place emphasis on the artists’ work; their style, use of material and aesthetic inspirations, accompanied by a consideration of the art scenes they emerged from and contributed to so vibrantly. Both artists will be represented by a wide variety of paintings and works on paper that will allow viewers to familiarize themselves with one of the stalwarts of the abstract expressionist movement—Fine, and introduce a painter hitherto unknown in the United States, who experimented in the cubist and purist styles—Louppe. Both Louppe and Fine had partners who were active artists as well, and the lively artistic social lives of each couple will be illustrated with letters, photographs and ephemera. Louppe and her husband, the painter Maurice Brianchon, were at the center of a French circle of creatives that included the composer Francis Poulenc, sculptor Ossip Zadkine and the writer Paul Morand, while Fine and her husband, the photographer Maurice Berezov, were part of the abstract expressionist and downtown New York art world. Also highlighted will be both women’s struggles to have their work given the same credence as their fellow male artists and the obstacles they faced and transcended, due to sexism.