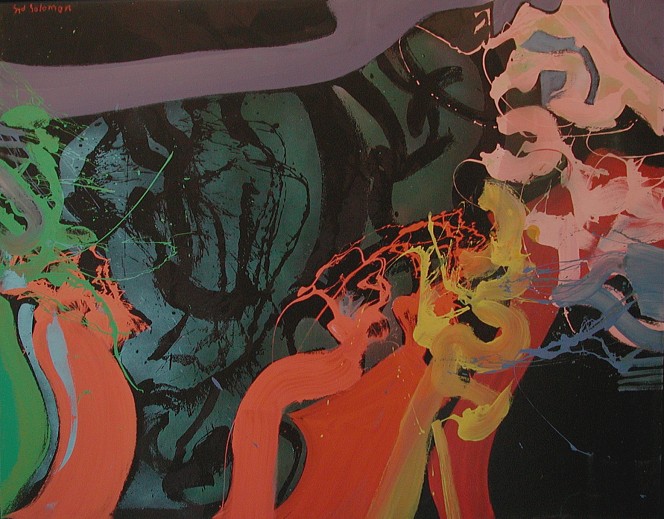 In this exhibition's museum-quality catalogue, Gail Levin makes a plausible case that we don't know Syd Solomon better only because he enlisted. The mildly infirm and the conscientious objectors were able to form their art in the modernist heyday of early-1940s New York City while Solomon was off earning Bronze Stars and contracting frostbite in the Battle of the Bulge.

He moved to Sarasota after the war and made his home into a non-objective artist paradise. In the 1970s a naturalness and authority entered his work, and stayed. Seasight (Tall Ships at Newport) (1976) is an engrossing picture, a wave of white and teal breaking through cliffs of violet and umber engraved with bold marks.

He defied the lapse of color sense that plagued American art in the 1980s, producing, among much other heavyweight work on display here, Lunareach (1984), with bands of color arching and spitting like riled cobras. "Can I catch all flying things," he once asked in a poem. I reply, sir, you can.