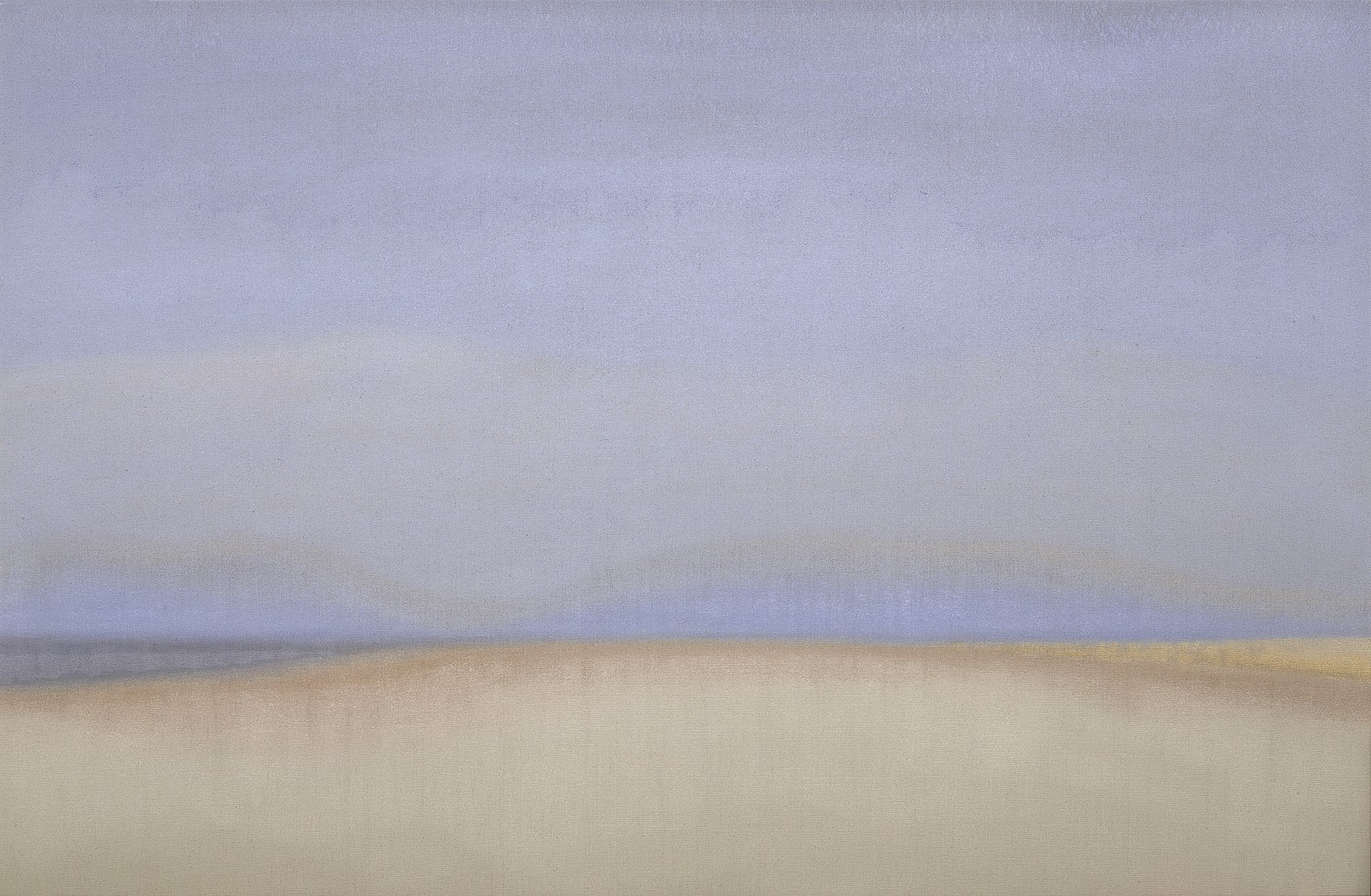 NEW YORK, NEW YORK, September 20, 2018 – Berry Campbell Gallery is pleased to announce a special exhibition of recent paintings by Susan Vecsey. This is Berry Campbell Gallery’s third exhibition of Susan Vecsey’s work since announcing the artist’s representation in 2014. Vecsey is widely held in both public and private collections including the Greenville County Museum of Art, South Carolina and Guild Hall Museum, East Hampton. The exhibition will run from October 11 to November 10, 2018 with an opening reception on Thursday, October 11 from 6 to 8 pm.

As written in the exhibition essay by Phyllis Tuchman, Susan Vecsey’s latest abstractions call to mind both Color Field paintings as well as landscapes. They exist somewhere in the middle, neither one nor the other. For starters, instead of working with acrylic pigments and yards of unstretched canvas as a Color Field artist might do, Vecsey executes her evocative pictures the old-fashioned way. To linen surfaces, she applies layers of oil pigments. Depending on the weather, it can take days for each plane of color she has thinned with turpentine to dry. Occasionally, she makes larger works in a diptych format. As it is, to get started, she relies on a few academic basics. She makes small charcoal drawings on the spot; and after that, pastels and color studies before she ever picks up any brushes, sponges, rags, or pour buckets. Then, she improvises. She once said that you need to be “ready to accept or reject the unexpected.”

Living on the East End of Long Island, Vecsey has a lot to inspire her. She is, after all, ensconced in a wide range of landscapes, including deep, dense backwoods, picturesque beaches, farmlands and vineyards, big skies, sunny days, dramatic sunsets, raging snowstorms, and trees cloaked in autumnal tonalities. In the past few years, however, she has stripped these images of their specificity. Vecsey freely admits, “I’m not making up shapes.” However, she is simplifying them in order to portray something universal. It’s her goal to work with “images that everyone can understand.”

Making abstract art that looks familiar is one of Vecsey’s singular gifts. In front of one of her works, you might suspect that you are watching waves lapping against the shore while, in another, two roads may seem to be converging. But you never can be sure of this. Her imagery is elusive. That’s part of the power of her paintings.

Vecsey is well aware that, as she puts it, she operates in a place where both “freedom and restraint” go hand in hand. Recently, she explained that she starts with a blank canvas and the notion that, as a painter, she can do whatever she wants. But, with landscape as a given, she faces a decided restraint. When she executed more straightforward landscapes, her titles identified beaches, waves, and harbors as well as nocturnes. Today, her pictures project calm and serenity.

Unlike, say, Fairfield Porter, another East End artist, Vecsey is less involved with the here and now. She’s not recording the details of daily life. She’s reminding you of places where you have been. With swooping curves, extended horizon lines, and a mix of tonal colors, Vecsey’s compelling images have the character of memories, recollections, reveries. You’re revisiting sites of pleasure and wonderment.

Susan Vecsey was born in New Jersey and currently lives and works in both New York City and East Hampton, New York. She earned her Bachelor of Arts from Barnard College, Columbia University, New York, and her Master of Fine Arts from the New York Studio School of Drawing, Painting and Sculpture, studying under Graham Nickson. In 2012, Vecsey was a visiting artist at the American Academy in Rome. In 2017, Susan Vecsey had a solo museum exhibition at the Greenville County Museum in South Carolina, featuring numerous large-scale paintings. That same year, the John Jermain Memorial Library, Sag Harbor, New York, presented another solo exhibition of Vecsey’s paintings and works on paper. In reference to Vecsey’s 2014 show at Berry Campbell Gallery, New York, Franklin Einspruch declared in Artcritical, “this is virtuoso painting.”