Throughout his life, the Canadian painter William Perehudoff maintained a close connection with the farm on the prairie of Saskatchewan, Canada, where he grew up. At the same time, he kept pace with the new art of his time, receiving accolades in commissions, exhibitions, and awards. Recalled in 2013 by Timothy Long, head curator of Saskatchewan’s Norman MacKenzie Art Gallery, as “one of the greatest colorists this province and Canada has produced,” Perehudoff is regarded as the heir to Jack Bush as Canada’s most important Color Field painter.[1]

Perehudoff progressed from a realist art in the 1940s, in the manner of American Scene painting, to a stylistic broadening, encompassing influences of Cubism, the art of the Mexican muralists, the Purism of Amédée Ozenfant (with whom he studied), and Abstract Expressionism. From the 1960s until the end of his career, he created works in the Color Field aesthetic, with which he sought a means of expression based exclusively on the language of color and form. His goal was to achieve feeling with this reductive vocabulary. Many of his Color Field paintings are suggestive of light flowing across the open plains of the prairies, but their essence is more experiential than referential, evoking musical harmonies and reverberations. Seeing this work, it makes sense that Perehudoff listened while painting to classical music, especially that of Bach and Beethoven. In a review of his 1974 exhibition at Waddington Galleries (Montreal), a writer for the Montreal Gazette observed that in several of his works, blocks and slabs of color lean and push against each other, setting up a series of moving pressures upon a white ground, which gives each canvas the kind of sequence one experienced with sound.” As noted by Long, “the colors can put you on edge, but they move you into their space, into a wonderful environment you can live with.”

The eldest of four children, William Wassily Perehudoff was born in 1918 in Saskatoon, Saskatchewan, and raised in the Russian Doukhobor colony in rural Bogdanovka, twenty-five miles northwest of Saskatoon, near the North Saskatchewan River. His parents, who emigrated from Russia in 1899, were part of a wave of spiritual pacifists, who left their homeland to escape from Czarist persecution at the end of the nineteenth century. Perehudoff, whose first language was Russian, attended school through tenth grade and completed eleventh grade in a correspondence course. By the time he was in his early twenties, he had begun to paint, receiving advice from local artists, including Ernst Lindner, known for high-keyed, sharply focused watercolors of the countryside around his home at Emma Lake (later the locale of the influential artist-workshops led by leading modernists). Perehudoff showed his work for the first time in the fall 1944 exhibition of the Saskatoon Art Center.

Perehudoff began to receive recognition from the press in 1945, when the Saskatoon Star Phoenix described him as one of the most promising artists in the art center’s fall exhibition. In the late 1940s, he was drawing from several new sources, among them a mail-order course offered by the Ralph M. Pearson Design Workshop, which emphasized the commonality between the art of the past and the modernist movement of the time. In 1947, Perehudoff came into contact with Canadian artists working in abstract styles, including Lawren Harris, Stanley Brunst, and Keith Thorne. Having developed a fascination on his own for the art of the Mexican muralists, Perehudoff sought instruction at the Colorado Springs Fine Arts Center (Colorado) from Jean Charlot, a Paris-born artist of partial of Mexican descent, who worked in a manner similar to that of Diego Rivera and José Clemente Oroszco, expressing sympathy for the commonplace worker in realist imagery rendered in a monumental and forceful reductive style. From Charlot, Perehudoff learned the age-old technique fresco painting, which contributed to the humanist message of such social realist imagery. Perehudoff also took classes at the art center in anatomy and drawing. After completing a large fresco entitled Evolution, he returned on a scholarship for the fall 1948 and spring 1949 sessions at the art center.

In 1949, Perehudoff began what would be a long association with Fred Mendel, the owner of International Packers Limited, a meat-packing factory that was one of Saskatoon’s major employers. Perehudoff’s first contact with Mendel was as an employee at International Packers, but when his position was suddenly terminated, he proposed that Mendel pay him his regular salary to create a mural in the company’s cafeteria. An art collector who would establish a museum named after him in 1964, Mendel accepted, resulting in Perehudoff’s murals of ca. 1949, depicting different stages in the meat-packing industry. He portrayed figures exhibiting a Baroque muscularity paralleling the style of Thomas Hart Benton’s murals of this time. Perehudoff also painted murals on the themes of recreation and family for the Mendel home in Saskatoon.

In 1950 Perehudoff was featured in his first solo exhibition, which was held at the Saskatoon Art Center. In the fall of the year, he arranged to study with the German figurative painter Max Beckmann in New York. When this plan was precluded by Beckman’s death in the year, he instead enrolled in the Ozenfant School of Fine Arts, also in New York City. There he worked under the French Purist Amédée Ozenfant, who emphasized relationships of art to architecture in color and form. After a brief return to his family’s farm, Perehudoff traveled to Europe, spending time in Paris and London. In the latter city, he was joined by fellow Saskatchewan artist Dorothy Knowles. The two were married in Paris within the year and traveled through France and Italy during 1952. The couple settled in Saskatoon, but continued to work on the Perehudoff family farm. Perehudoff and Knowles would have three daughters. With a family to support, in 1954, Perehudoff accepted a full-time job as an artist-designer at the Modern Press, a publishing firm in Saskatoon. His art of the time consisted of abstract paintings with thick impastoed surfaces along with his representational, modernist-inspired murals.

In the summer of 1957 he participated in the third summer artist-workshop at Emma Lake, led by Will Barnet. Perehudoff would attend many of the Emma Lake workshops in the following summers, including those led by artists Anthony Caro, Herman Cherry, Donald Judd, and Kenneth Noland, and the art critic and champion of Post-Painterly abstraction Clement Greenberg. Perehudoff developed close friendships with Noland and Greenberg. He also came to know Jules Olitski, who led the workshop in 1964—the two artists visited each other at their respective homes. In 1988, Perehudoff was himself a workshop leader at Emma Lake.

In 1965, Perehudoff had a one-man show at the newly opened Mendel Art Gallery. Three years later, he became the first Saskatchewan artist to be appointed associate of the Royal Canadian Academy of Arts. He had a number of solo exhibitions in the 1970s, including shows at the Edmonton Art Gallery in 1972, the University of Saskatchewan and the Waddington Galleries in Montreal in 1974, and the MacKenzie Art Gallery, Regina, Saskatchewan in 1978. In 1981, a ten-year retrospective of his art, 1970–1980—organized by the Mendel Art Gallery—traveled to a number of other venues. In 1987, he was invited to participate in the Triangle Workshop, begun in 1982 by artists Robert Loder and Caro “to counterbalance the tendency of the Western art world to put the emphasis on the object and its marketing rather than on the creative process itself.” Perehudoff continued to receive several honors in the 1990s and 2000s. He was given the Canada 125 Commemorative Medal in 1993, the Member of the Order of Canada in 1999, an honorary Doctor of Laws by the University of Regina in 2003, and the Saskatchewan Centennial Medal in 2005. In 2010, a large exhibition of his work, The Optimism of Colour, was organized by Mendel Art Gallery and again traveled to various other museums. Its catalogue, in French and English, included essays by Karen Wilkin, Roald Nasgaard, and Robert Christie. Perehudoff continued to farm and paint until close to the time of his death at age 94 in 2013. 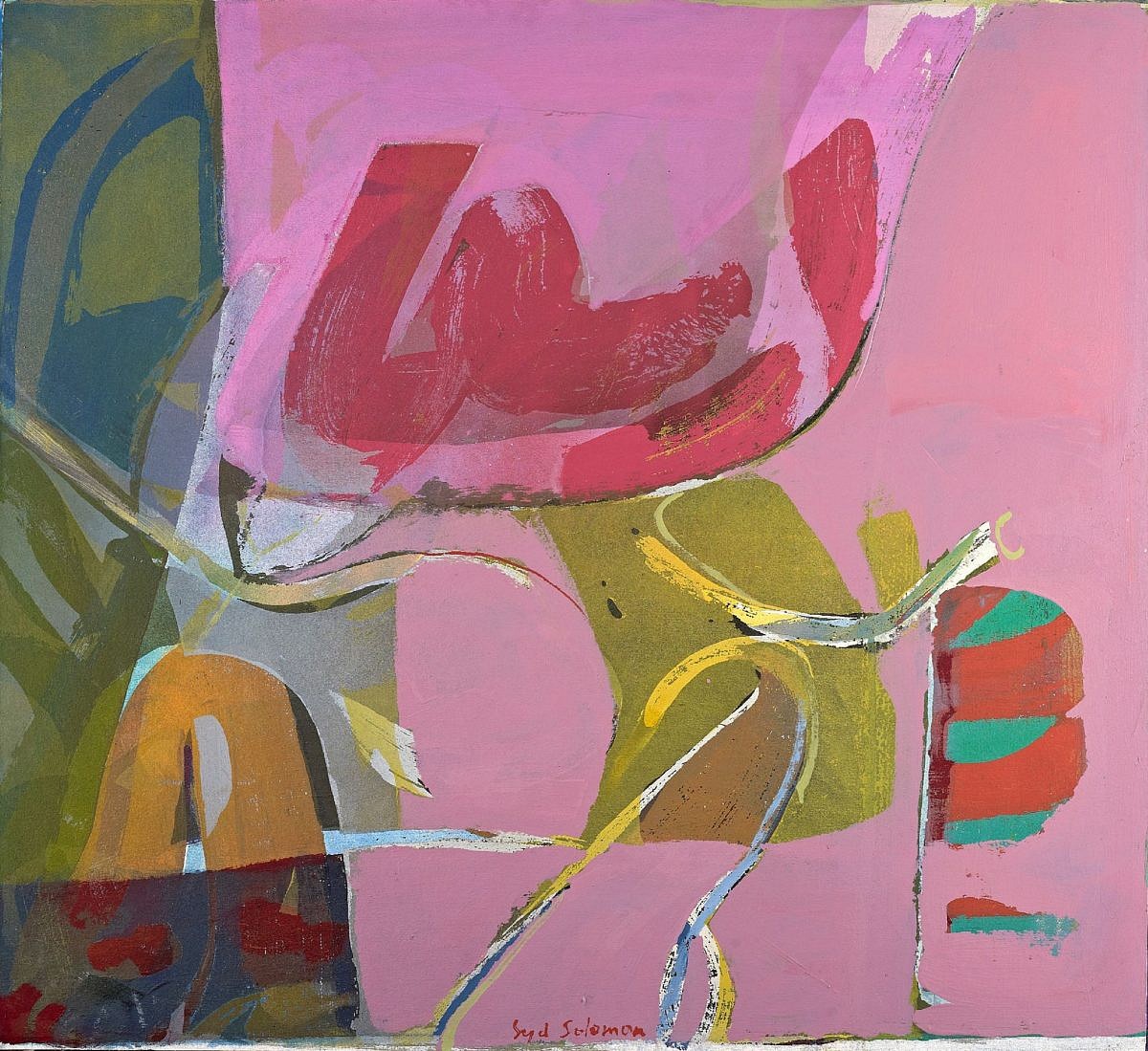 Summer may be halfway over, womp womp, but... 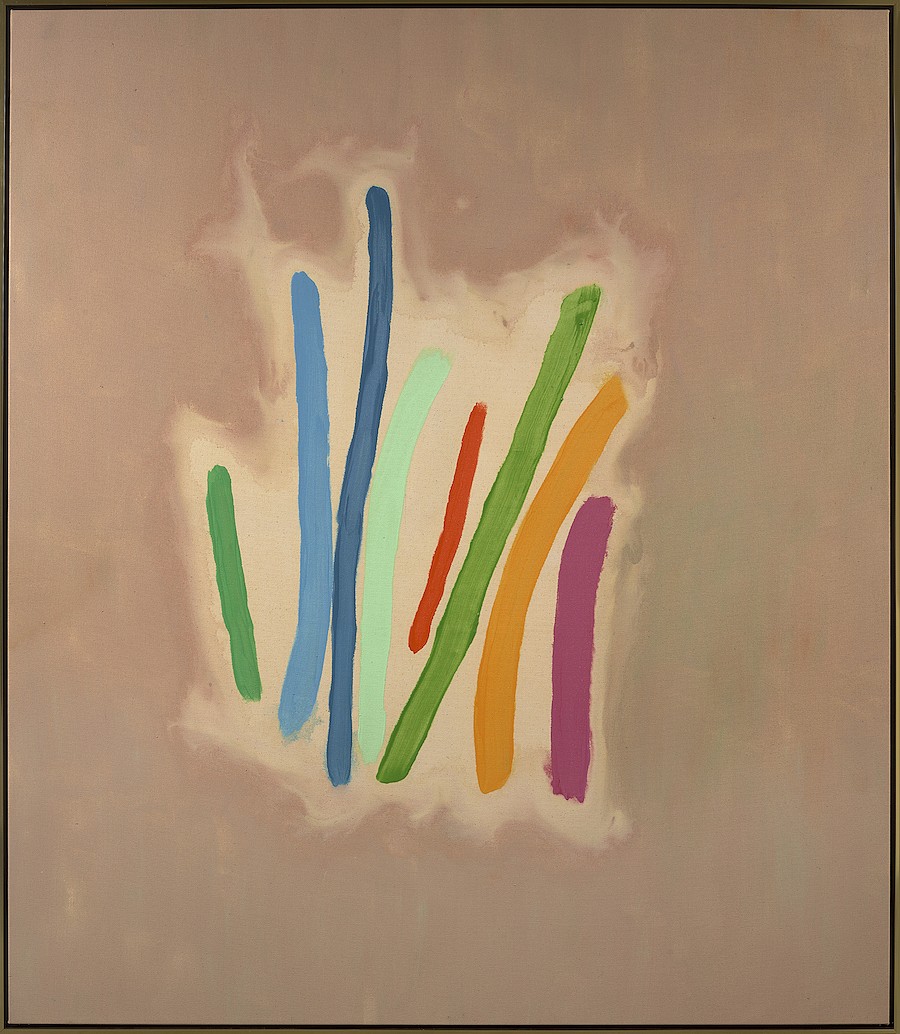 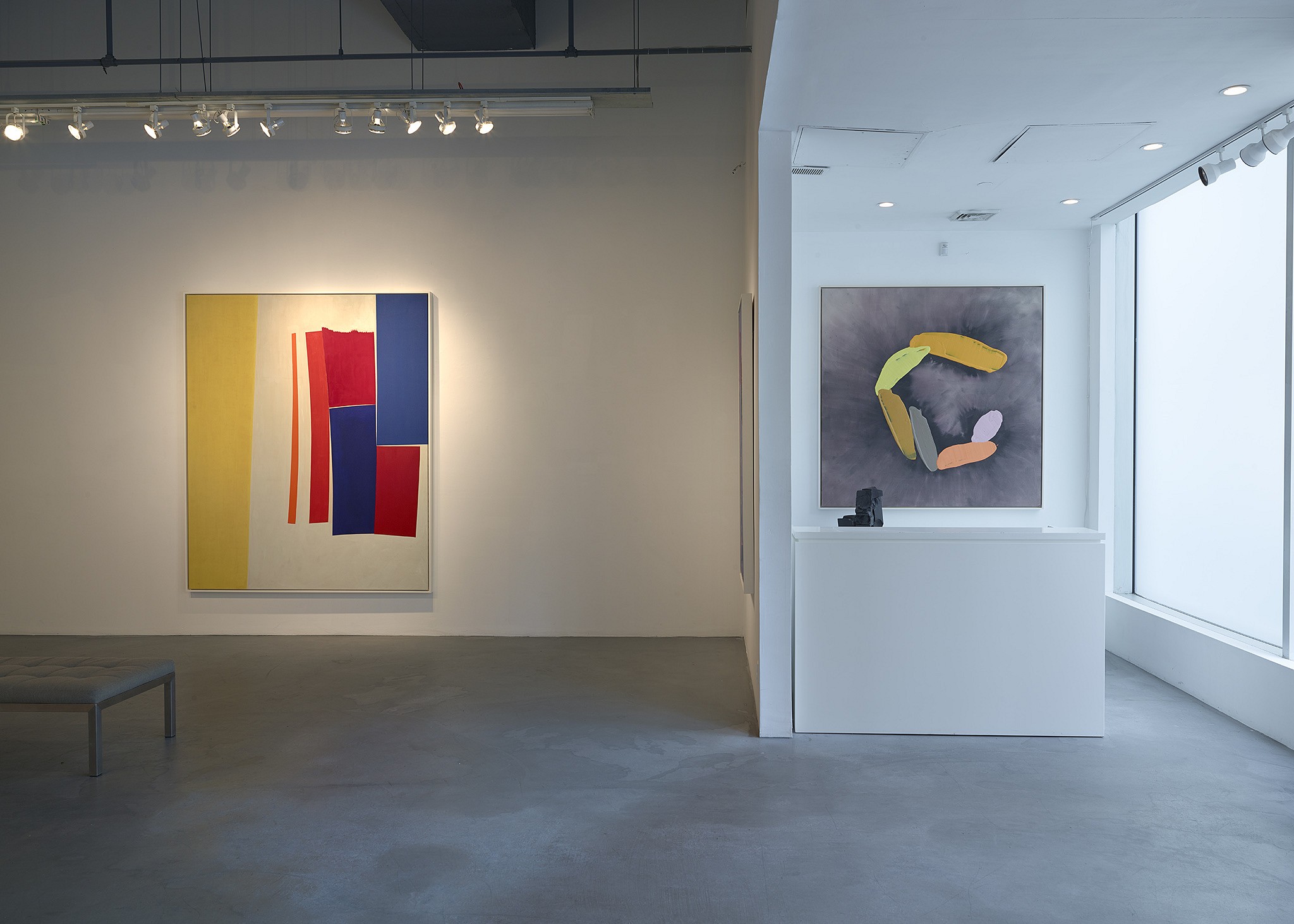 Wandering Carol: Things to do in Chelsea, NYC... 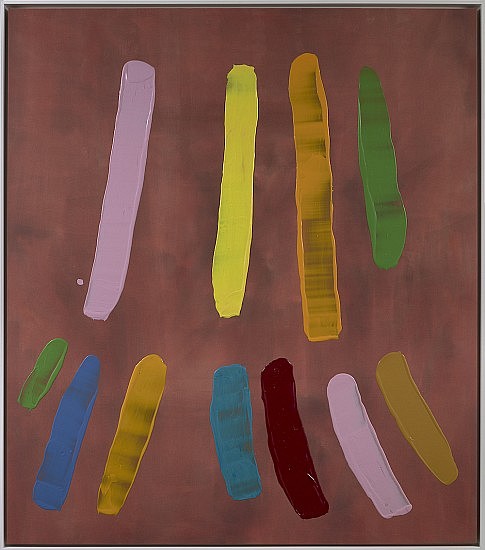 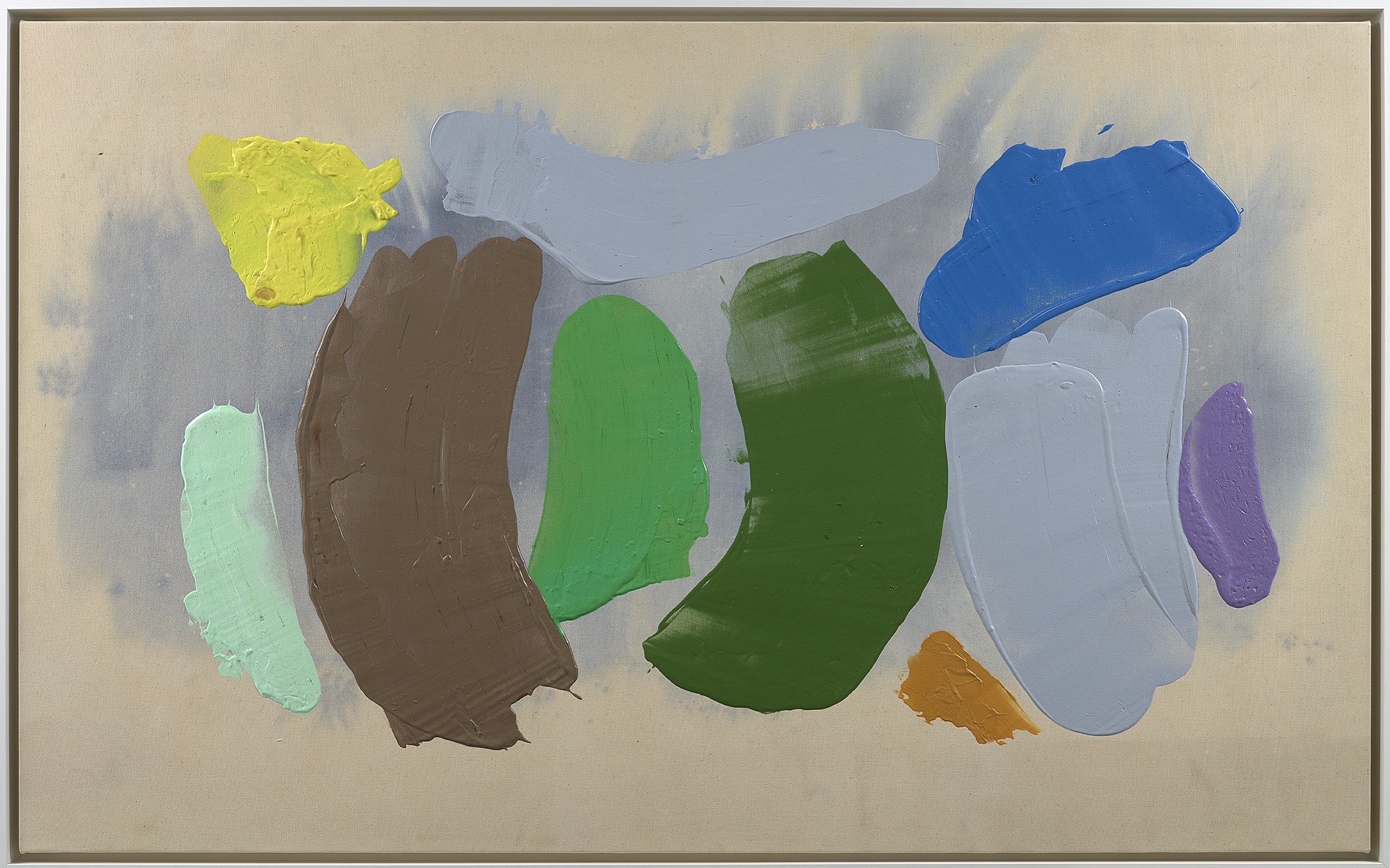 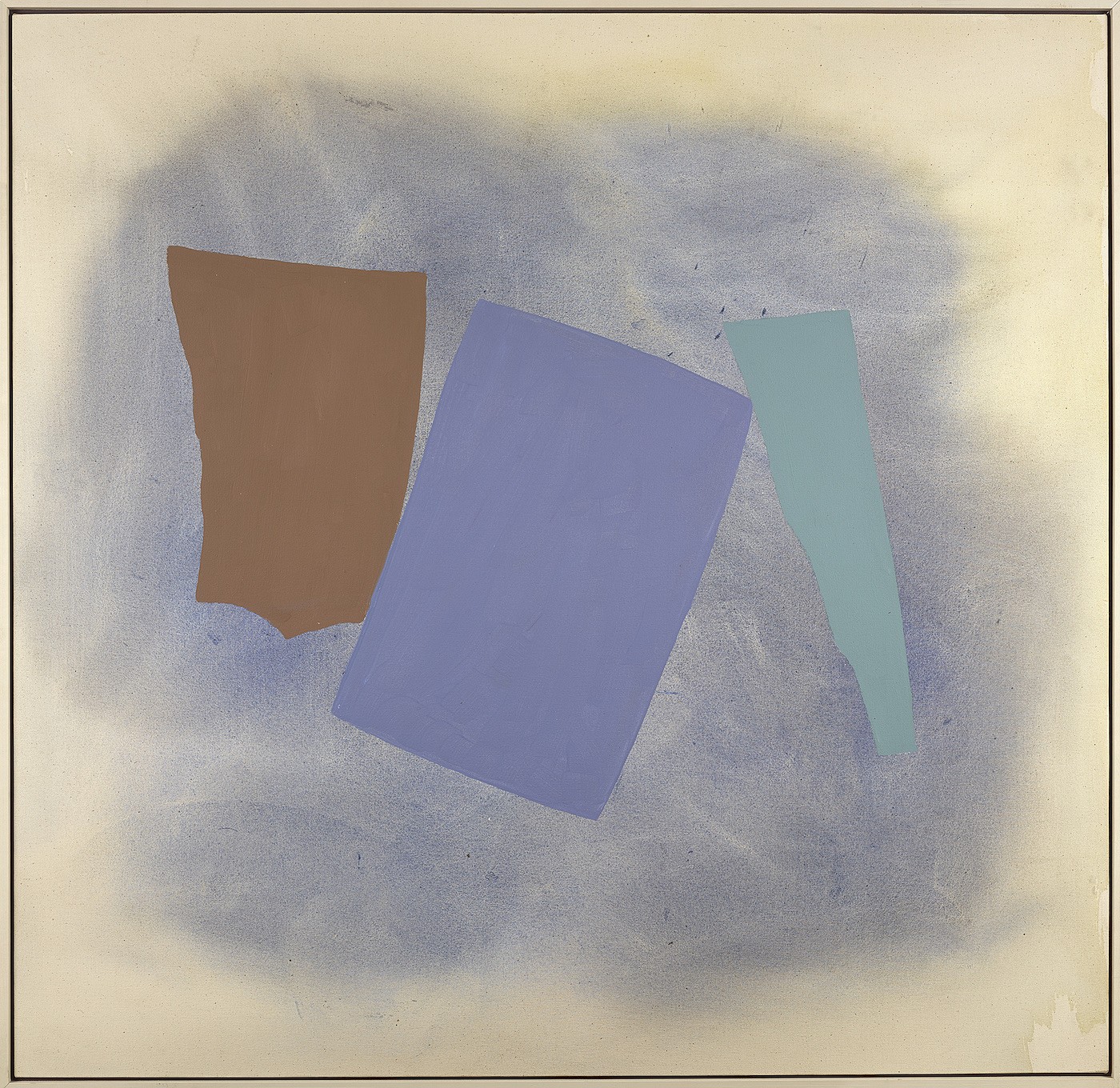 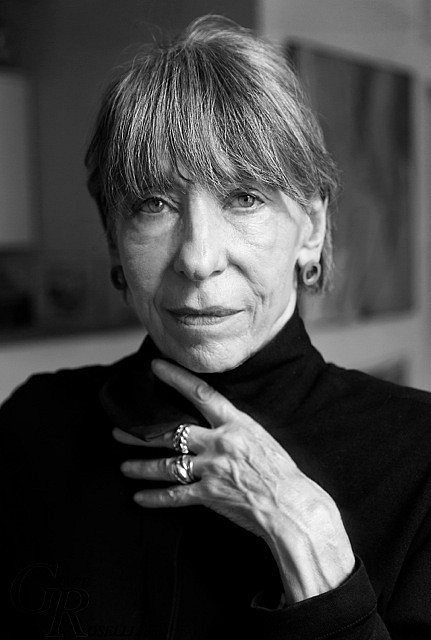 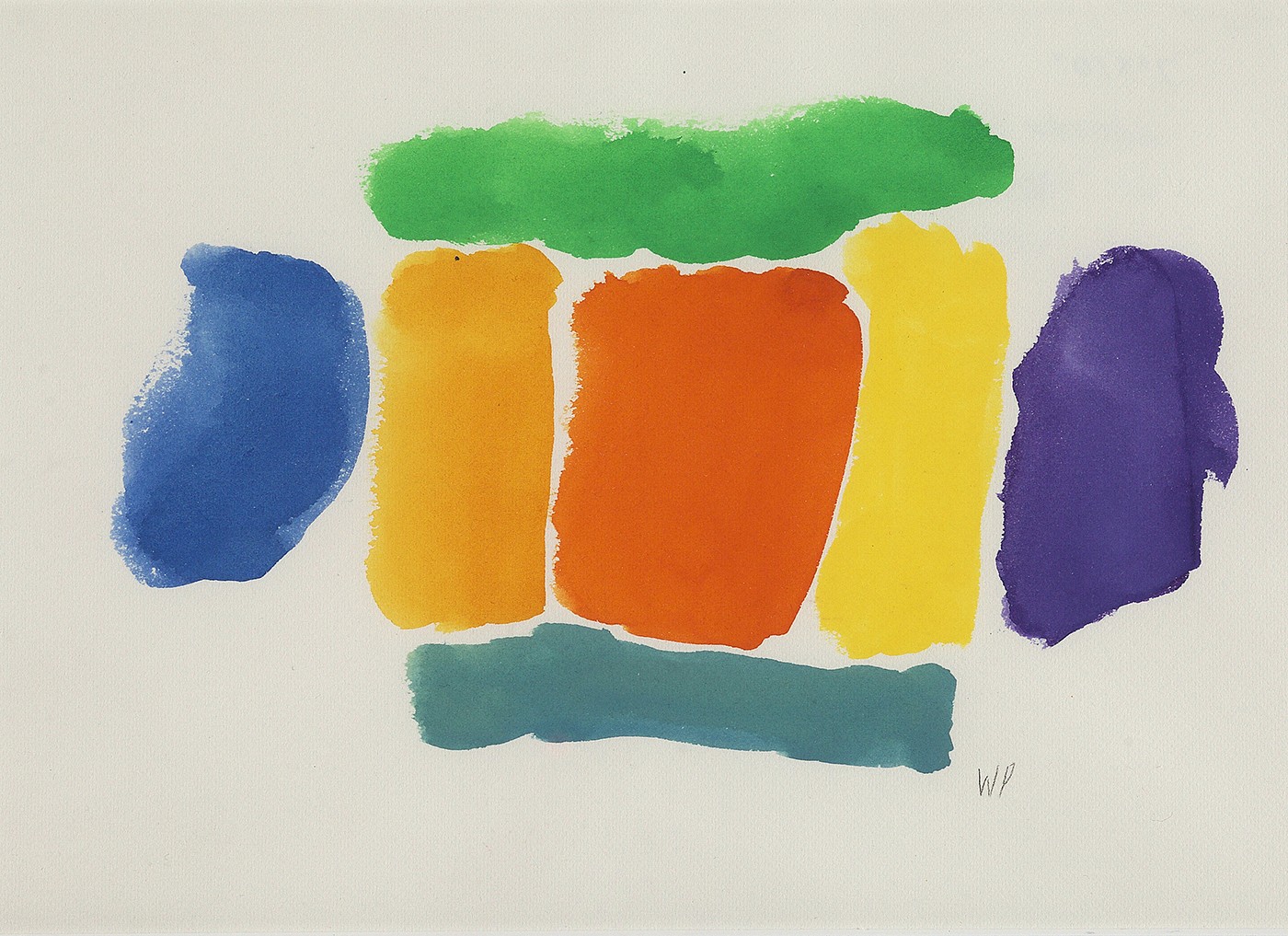 SASKATOON, Saskatchewan — Some have... 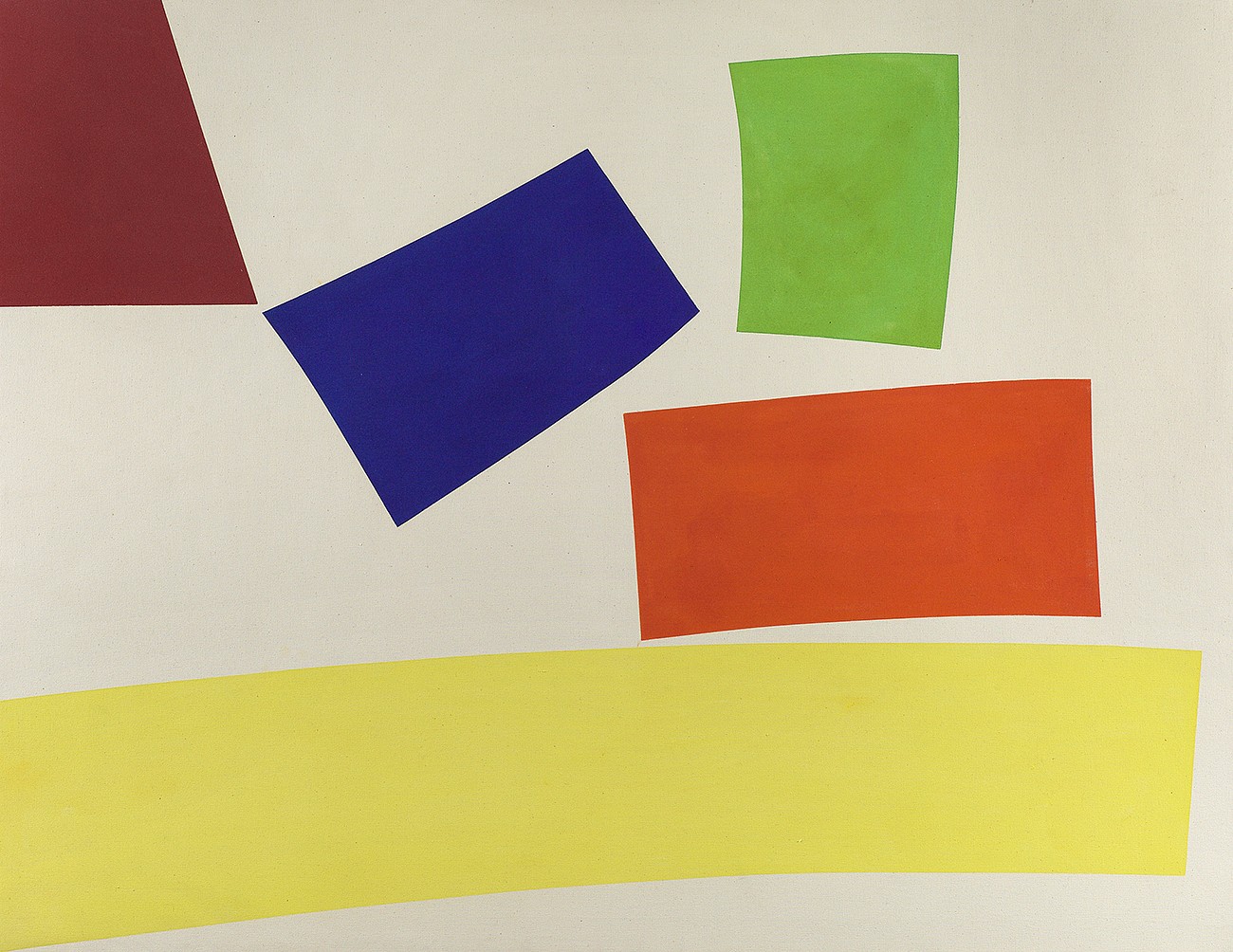 
The 49th Parallel too often functions... 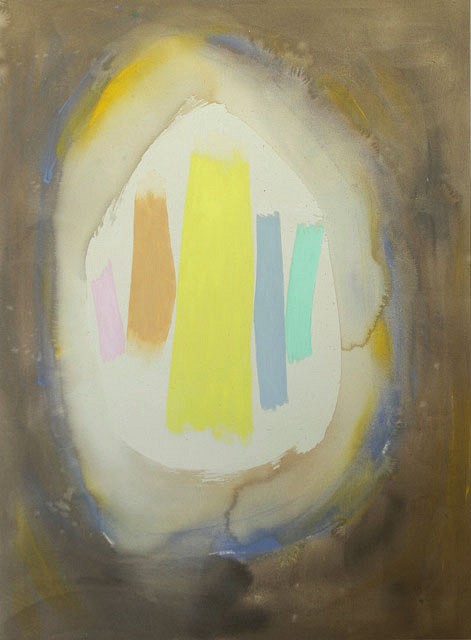