“John Goodyear’s way not so much makes art as it allows art to happen, as if art were somehow there all along, as if latent, awaiting activation.”  -Carl Belz

In a career that spanned more than six decades, John Goodyear utilized painting, drawing, light, optics, installation, and heat to engage his audience and re-contextualize the viewer’s present observation.  These shifting views created throughout his career reveal a body of work that lends itself to both reflection on the inner self and discovery of the outside world.  Goodyear said it simply and best: “Art makes one see, what one sees makes art.”

John Goodyear was born in Los Angeles, California in 1930 and later moved to Grosse Ile, Michigan. In 1947 he won a full tuition scholarship to the University of Michigan, Ann Arbor, graduating with a Bachelor in Design in 1952.  In 1954 he received his Masters of Design from the University. Following graduation he immediately was drafted into the U.S. Army and served two years in Japan, where his wife, Anne Dixon, whom he met at and married in college, joined him.  His service in Japan would have an important impact on his work: Japanese architecture and Zen Buddhism led to the sparse ambiguity that would go on to characterize his work.

From 1956 to 1962, Goodyear taught at the University of Michigan, Grand Rapids.  While painting his house in the late 1950s, Goodyear formed the idea to paint in three-dimension, resulting in works that fluctuate between painting and sculpture, in which moving parts invite the viewer to participate. In 1962 he received a grant from the Graham Foundation, which lead to a two year teaching position at the University of Massachusetts, Amherst.

While at UMass, Amherst, Goodyear prepared for the grant a body of work that by 1964 would become his first solo show in New York at the Amel Gallery.  During the early to mid 1960s, these three-dimensional paintings resulted in suspended open grids behind which hangs a canvas with a pattern.  These hanging grilles are activated not by motors but by the touch of the hand or a walk by creating optical movement, illusions of perspective, and shimmering colors. Goodyear has commented that “chance effects enliven rigid structures” and thus the viewer determines what is seen and reveals that there are multiple ways to see the same thing.

The kinetic artwork was a revolutionary break from the emotionally charged Abstract Expressionist canvases and declared art can be powerfully unemotional by challenging relationships through optical shocks and rhythmic movement.  Writing about his show at Amel Gallery in The New York Times, Brian O’Doherty said, “It is in fact a staggering display of invention and virtuosity within strict disciplines, a show in which intelligence manipulates feeling with the exact and removed precision of those handling devices for shielded radioactive material.”

These kinetic constructions quickly grabbed the attention of many prestigious museums.  He was included in Art of the Responsive Eye, Museum of Modern Art, New York (1965), Optic Art Today, Albright-Knox Gallery, Buffalo (1965), Light/Motion/Space, Walker Art Center, Minneapolis (1966), and three exhibitions in 1966 at the Whitney Museum of American Art, New York.

During the seventies he received a fellowship to work under Gyorgy Kepes at the Massachusetts Institute of Technology’s Center for Advanced Visual Studies, Cambridge, while he was working on sculptures that featured inner heating. From MIT he had a series of exhibitions that traveled internationally. Six works relating to this Earth Curve series were shown at the Museum of Modern Art (1972).  Residual effects of the MIT experience may have led to his involvement during the eighties creating public sculpture.

In 1976, around the time Goodyear was returning to the figure in his work he joined the American Abstract Artists (AAA), a group that was formed in 1936 to promote the understanding of abstract art in the wake of Social Realism.  Although seemingly paradoxical, it was not: Goodyear would work in both an objective and non-objective manner throughout his career.  He continues to be an important member of the organization today.

By the 1980s, Goodyear won the first commission, The Death of Socrates, for the New Jersey Arts Inclusion Program.  He would go on to do many other public works including one at the State House in Trenton, New Jersey.  His Death of Socrates concept stayed on for some time spawning paintings, prints and sculpture.  The practice of public works encouraged larger works and what came to be called Negative Figure sculptures in which the figure was shown in a space between two abstract shapes.

The connection between a public work and its site was copied in a series of paintings where two images were shown interacting with each other.

He retired from Rutgers in 1997 and in 2000 was awarded a major retrospective at the Michener Museum, Doylestown, Pennsylvania.  During this time, he and his wife served as co-curators of Dada Country at the Hunterdon Museum of Art, Clifton, New Jersey. In the 2000s at least three new series were instigated including over-lapping images called Double Subject developed from the large paintings of the nineties and an anti-war installation at the Hunterdon Art Museum in 2005 renewed interest in small Dada style works and three-dimensional kinetic constructions.

In these six decades, Goodyear requires the viewer to become a powerful component of his work.  The figure or viewer’s engagement creates harmonious dissonances in his abstractions and investigations into the visual concreteness of his figures.  It is Goodyear’s playful intellect that makes us see these new realities. 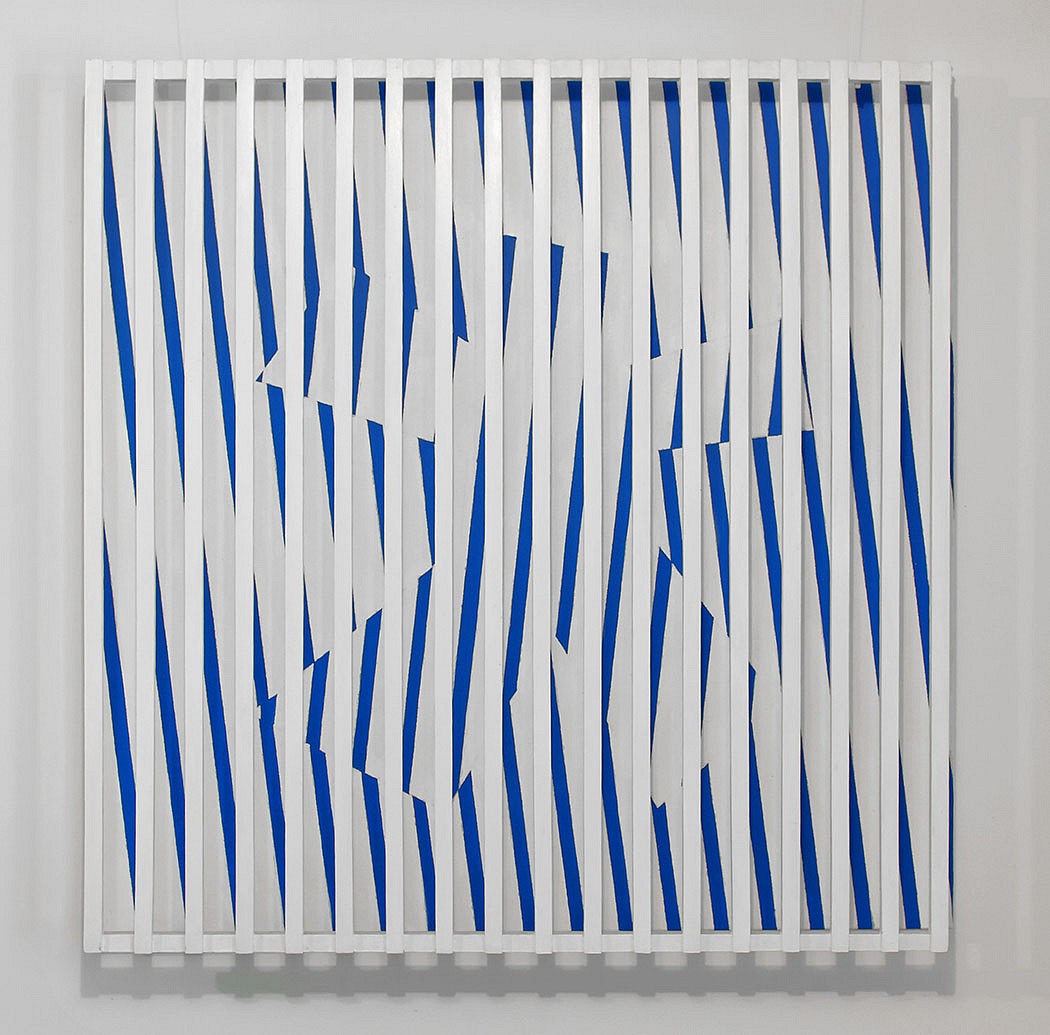 The success of an exhibition, or any work of... 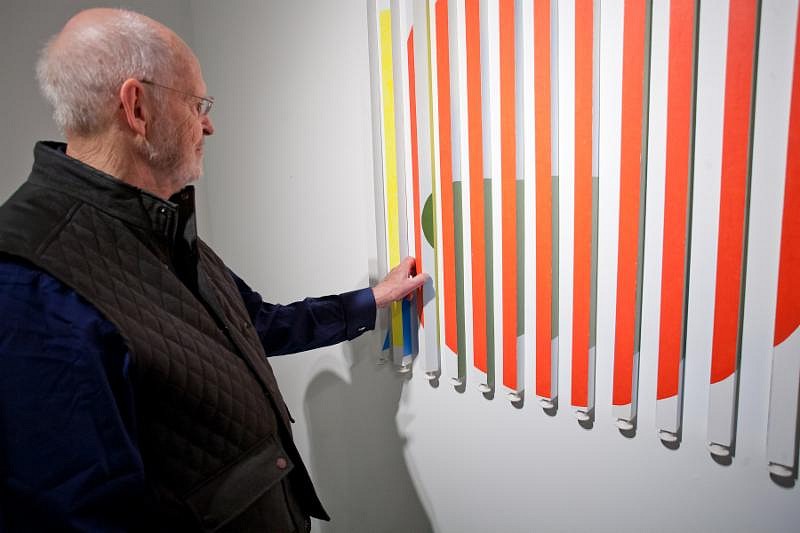 We are preparing for our John Goodyear...